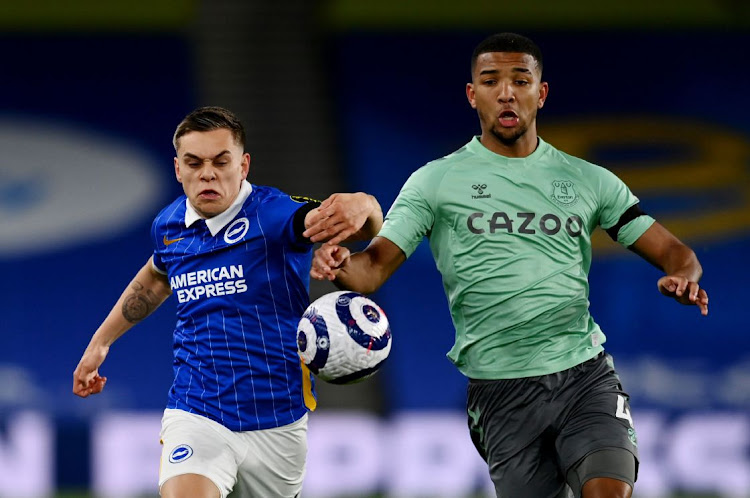 Everton manager Carlo Ancelotti said the 0-0 draw with Brighton & Hove Albion had dented their hopes of European football next season but with eight games left his side are not out of the running.

Everton have now gone four straight Premier League games without a win, Monday's result coming after a 1-1 draw with Crystal Palace and back-to-back losses to Burnley and Chelsea.

Ancelotti's side are eighth on 48 points, four points behind sixth-placed Liverpool and seven behind fourth-placed West Ham, who have both played a game more.

"Of course, the fight is more difficult now, but we're still in the fight," Ancelotti told reporters.

"It's a point through good team spirit ... although with the ball we could do better, we had difficulties to build up from the back, we missed a lot of passes. We weren't able to reach our strikers with efficiency.

"Now in the next eight games that we have to play, there's a lot to play for and teams are really close to us."

Everton were without top-scorer Dominic Calvert-Lewin due to an abductor problem and lost Yerry Mina to injury during the game, ruling him out of Friday's visit of Tottenham Hotspur.

"Of course, it's a difficult moment because we have a lot of players out but I hope to recover some for Friday and fight against Tottenham," Ancelotti said.

Everton also said in a statement that Cenk Tosun had undergone surgery in Turkey after rupturing his patella tendon while on loan at Besiktas. He will return to England for his rehabilitation.

Brighton manager Graham Potter was pleased with his team's display although he conceded the final pass let the dominant Seagulls down.

"In terms of the performance I’m really happy," he told the BBC. "We were the team closest to winning. We had some good moments, they blocked well and defended well when they had to.

"We missed the last pass of that bit of quality in the final third. But we are happy with what we have done. It’s an important point and we have to move forward as there's still work to be done."

Everton captain Seamus Coleman acknowledged his side would be left kicking themselves for dropping point.

"Yeah it would be a massive disappointment," he told Sky Sports. "We have been given opportunities this season by other results. We just had to look after ourselves and we would have been in a better position.

"No disrespect to these teams but against your Fulhams at home and your Newcastles, that's where your disappointment comes. It's hard to put your finger on it."