United 'made for trophies' and semi-finals not enough, says Fernandes 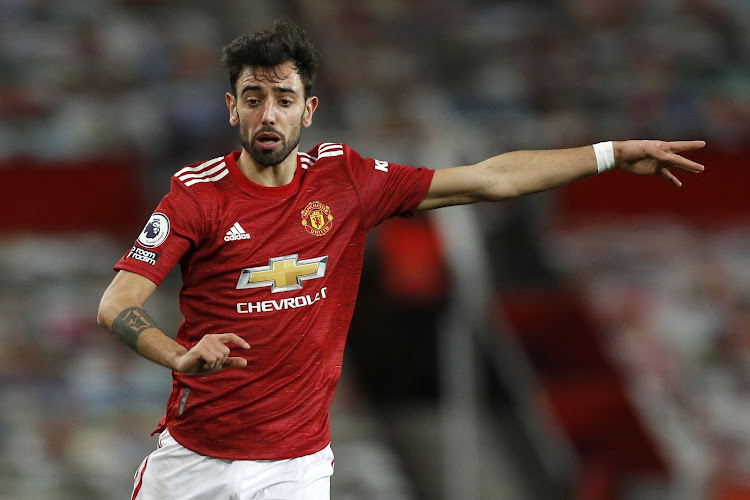 Manchester United midfielder Bruno Fernandes says his side are "made to win trophies" and has urged them to hurdle the semi-final barrier in cup competitions to finally get their hands on the silverware which they all crave.

The Portuguese has turned into a talismanic figure since joining United from Sporting last year for an initial fee of 55 million euros ($65 million), scoring 35 goals and contributing 22 assists in 68 games in all competitions.

But he has not been yet able to inspire the 20-times English champions to a trophy, despite reaching the semi-finals of the FA Cup and Europa League last season and the last four of the League Cup this campaign, losing to Manchester City.

United, who last hoisted some silverware when they claimed the 2017 Europa League title, were knocked out of the FA Cup quarter-finals by Leicester City last month and exited the Champions League at the group stage in December.

But they have one final shot at a trophy in the Europa League, and face Spanish side Granada in a quarter-final first leg on Thursday.

"We can't think of anything else at this club. United is made for trophies and the whole mood is around that. We reached the semis (of the League Cup) and lost to City, but that's not enough," Fernandes told British magazine Four Four Two.

"That wasn't our time. We need to be in finals and win them."

United are second in the Premier League and although they are 14 points behind leaders Manchester City, Fernandes believes his side have made considerable progress this season, particularly after losing three of their opening four home games, including a humiliating 6-1 defeat to Tottenham Hotspur.

"We can't drop as many points as we do at home, but we've been in second, and at the start of the season there weren't many people who were saying United would be second," added the Portugal international.

"After a few games and a bad start, nobody was saying United could reach the top of the table, but we ignored what people were saying on the outside.

"We knew what we had said on the inside, we had confidence that things would improve, and they did. We still have to be the best United we can, but we have improved."