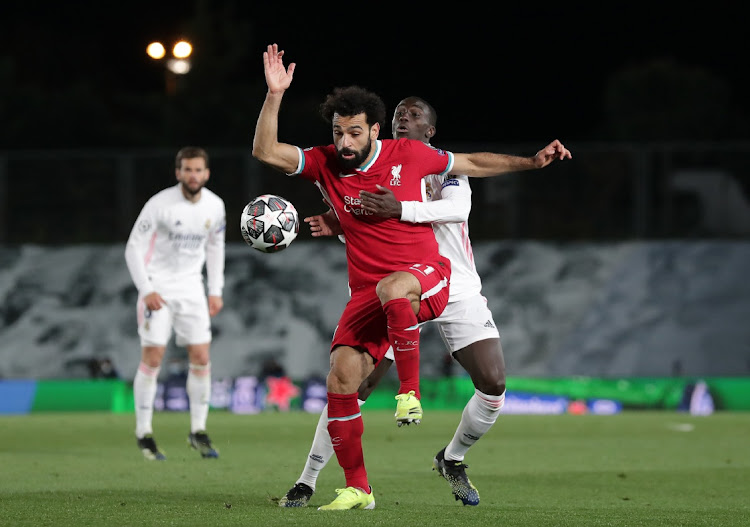 Liverpool have a mountain to climb to reach the Champions League semi-finals after losing 3-1 to Real Madrid on Tuesday but manager Jurgen Klopp says they have a chance to turn the tables when they host the second leg at a "proper stadium" next week.

Vinicius Jr and Marco Asensio put Real ahead before the break at the Alfredo di Stefano stadium, and while Mohamed Salah grabbed an away goal in the second half poor defending allowed the Spanish side to net a third.

Winning the Champions League might be the only avenue for Liverpool to return to the competition next season as they are struggling to secure a top-four finish in the Premier League which would bring automatic qualification.

Asked about the challenge of chasing a top-four spot and trying to come back in the tie against Madrid, Klopp said his team cannot pick and choose their battles.

"We have to go for everything," he told reporters. "It's not like we can now make the decision after that game there's no chance in the Champions League anymore.

"In the Premier League, we can't change it every week. We have to fight until the end and we will.

"This is a good result for Real and it's not that we have any kind of advantage, but with each day, each minute ... until the next game the 3-1 will not be that good anymore for Real and not that bad anymore for us because there's a chance."

Liverpool overturned a 3-0 deficit against Barcelona in the semi-finals in 2019 but in the second leg they will be unable to count on the atmosphere at Anfield, where they have lost their last six Premier League games.

Despite the absence of fans, Klopp said his team would be far more comfortable than they were at the Alfredo di Stefano stadium, which Madrid are using while the Sanitago Bernabeu undergoes renovation work.

"It must be a really tricky task for Real at Anfield with or without supporters," Klopp said.

"This here was really strange, it was really difficult, a different situation with the stadium, but Anfield is at least a proper stadium and that will be good for us."

"We made it too easy for them," Klopp said.

"If you want to go to the semi-final, you have to earn the right to do so. We didn't do that tonight, especially in the first half. The only good thing I can say, apart from the goal, is it's only the first half of the tie."

As well as lamenting their lack of concentration, Klopp was disappointed with his side giving the ball away too casually, which led to him hauling off Naby Keita before halftime for Thiago Alcantara.

"You cannot defend the speed of Real Madrid when you give them the ball at the wrong moments. If you lose ball in the right moment it's OK. We lost the ball, so many easy passes. You have really quick and world class players in one on ones. We have to be better in possession," he said.