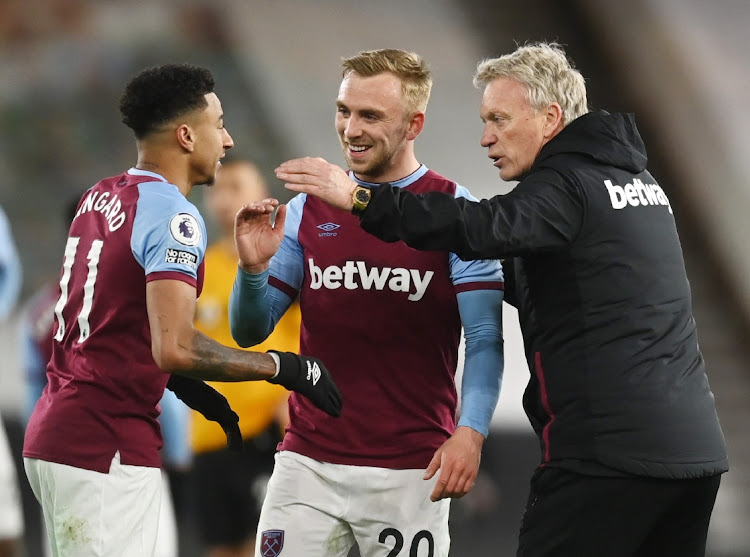 West Ham United manager David Moyes and midfielder Jesse Lingard were relieved they were able to avoid squandering a three-goal lead for the second time in quick succession after holding on to a 3-2 win at Wolverhampton Wanderers.

The Hammers were held to a 3-3 home draw by Arsenal on March 21 in the previous round of matches before the international break and the visit to Wolves almost produced a blueprint copy.

"It felt like deja vu," Moyes told Sky Sports after his side were forced to hang on in the closing stages.

"We didn't manage it too well. We were going to try and make it four instead of settling for 3-0 at halftime. Some of our play in the first half was scintillating.

"Jesse was fantastic. Michail Antonio played as well as he has for a long while for 30 minutes. We're not sure on the injury. We will assess it tomorrow. It looks like he's felt his hamstring."

Lingard added: "I thought it would be another Arsenal, conceding just before halftime. But the lads kept their focus. We came out in the second half a bit better. It was about managing the game."

Lingard, Pablo Fornals and Jarrod Bowen, who replaced Antonio, fired West Ham ahead before Leander Dendoncker pulled one back in the closing stages of the first half and Fabio Silva set up a tense finish with a 68th-minute goal.

The result lifted West Ham three places up to fourth with eight games remaining and Moyes was confident his side would stay in contention for a Champions League berth in the home straight.

"We have to go and take it on. Why not? I am hearing pundits talking about West Ham having a chance of Champions League," he said.

"Nobody would have envisaged or mentioned that last season. Can we keep it going? We are going to try and compete with the big teams right until the end."

Meanwhile, West Ham midfielder Declan Rice could be out of action for a month due to a knee ligament injury sustained on England duty, the Premier League club said.

The 22-year-old picked up the issue late in England's 2-1 World Cup qualifying win over Poland at Wembley last Wednesday but managed to finish the game.

Rice was absent for the win at Wolves, the first league game he has missed all season, and local media reported he could be out for a month.

"It was a rather innocuous challenge which has caused the injury but unfortunately these things happen in football," West Ham's head of medical services Richard Collinge said.

"Declan has approached the situation positively and in an exemplary manner, which is no surprise to us, while he's in peak physical condition and we hope that will assist with his return to action."

West Ham trail third-placed Leicester City by four points but could make up ground when they host Brendan Rodgers' side on Sunday.