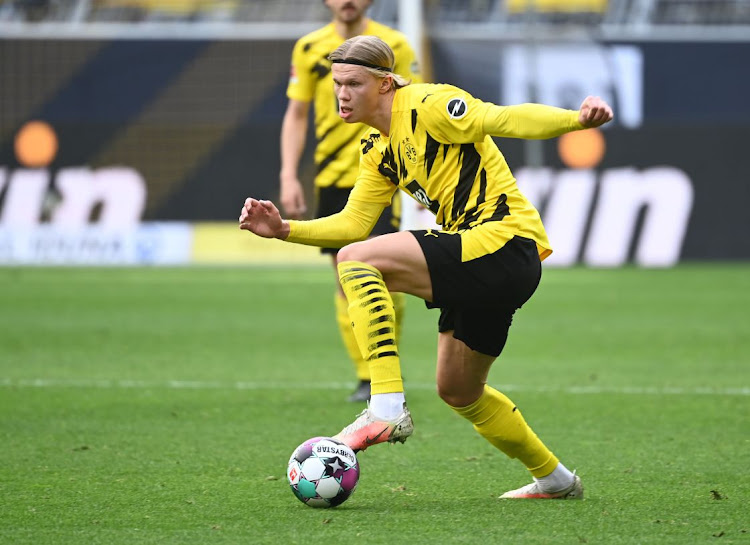 Manchester City manager Pep Guardiola said the club could break their transfer record and spend over 100 million pounds ($139 million) on a player, amid speculation over the future of Borussia Dortmund striker Erling Haaland.

With Sergio Aguero leaving the Etihad Stadium at the end of the season, City have been linked with Haaland in British media reports.

Although City have been the biggest spenders in Europe over the last decade, they are yet to buy a player for a world record amount and their highest fee paid is 64 million pounds for Ruben Dias to Benfica in September.

Guardiola last week described the prospect of another record breaking transfer in the close season as "impossible", though on Monday he softened that stance by claiming a 100 million-pound signing was possible.

"So far the club has decided not to spend not close to 100 million pounds for a player, or more than that on a player," Guardiola told a news conference.

"Maybe in the future it is going to happen if they decide it is necessary to improve the team for the next five, 10 years."

Media reports said Dortmund could demand a fee of about 180 million euros ($177 million) for Haaland, who has scored 33 goals for the club in all competitions this season.

Guardiola refused to talk about the prospect of signing Norway international Haaland but hailed the 20-year-old's "exceptional" qualities.

"The numbers speak for themselves," Guardiola said.

"When that happens it's because he can score with the right, the left, the counter attacks, in the box."