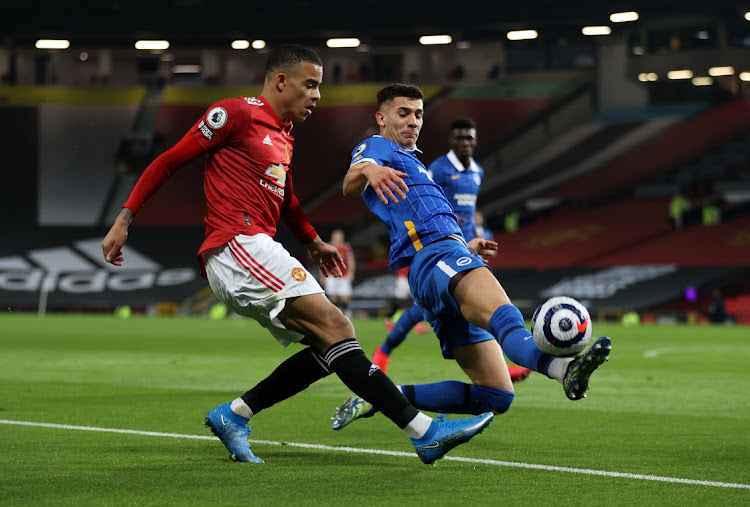 Former United striker Danny Welbeck headed Brighton into a 13th-minute lead before Marcus Rashford equalised and Greenwood, 19, got on the end of a speculative Paul Pogba volley to complete the Old Trafford side's comeback.

"I'm so happy for him ... When he gets those goals, we know that he's going to add another dimension to his game," said Solskjaer, who will be without defender Eric Bailly for "a little while" after he tested positive for Covid-19 on international duty with Ivory Coast.

"I'm pleased with his overall performance again very good. He was bright, tidy, clean on the ball, hit the post and one that went over the bar, maybe deflected, in the second half."

Greenwood could feature more regularly in the rest of the campaign with France forward Anthony Martial set to miss the remainder of the season due to a knee injury sustained on international duty.

Goalkeeper Dean Henderson started in place of David de Gea for a seventh straight game and Solskjaer said he had to make a choice between the two on a game-by-game basis.

"I've got two great goalkeepers and it's about now to find games that both of them will play," said Solskjaer. "Both of them deserve to play more than what they do and it's just a decision I have to make every time."

United are second in the league and are 14 points behind Manchester City, who have played a game more. Solskjaer's side next face Granada in the first leg of their Europa League quarter-final on Thursday.

"I'm confident in terms of the team, the way we're playing and the personality in the team but until you get the points you can never relax," he said.

"We took the lead and were probably the team which carried the most threat in the first half. We just missed that final pass. Man United responded in the second half without creating too many chances. They scored from not too much."

Meanwhile, Manchester United's France forward Anthony Martial could miss the rest of the season because of a knee injury sustained on international duty, the Premier League club said.

"Unfortunately, he sprained his knee with France. It's always when they go away on internationals ... you can keep your fingers crossed and hope they come back fit," he said.

"Losing Anthony for what might be the rest of the season is very disappointing, especially when reports from there (France) was that it wasn't anything serious but it looks a bad one."