Mikel Arteta in shock after Arsenal thumped by Liverpool 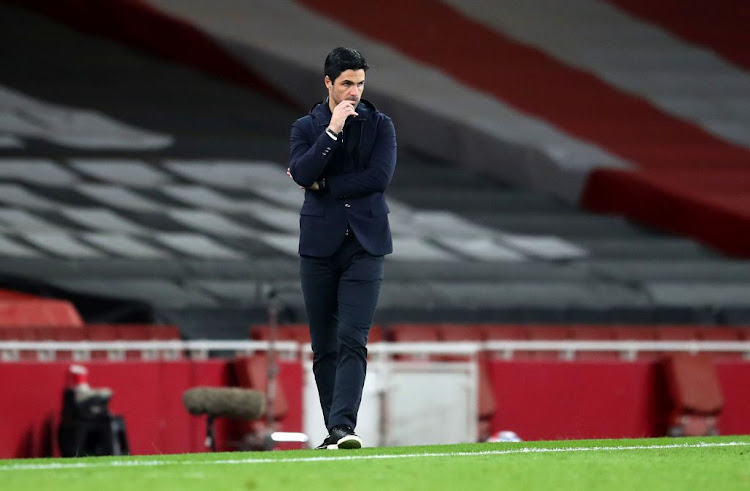 Distressed Arsenal manager Mikel Arteta looks on during the Premier League match between his side and Liverpool at Emirates Stadium in London, England.
Image: Catherine Ivill/Getty Images

Arsenal manager Mikel Arteta admitted he was “in shock” after his side were outclassed in a 3-0 home defeat by Liverpool in the Premier League on Saturday.

Arteta’s side barely laid a glove on the visitors and were undone by two second-half goals by Diogo Jota and one by Mohamed Salah, though the margin of defeat could have been bigger.

It left Arsenal down in ninth spot and Arteta with much to ponder after his 50th league game in charge produced a display he described as one of the worst in his tenure.

“We completely deserved to lose the game. They were better in every department and deserved to win the game with the margin they had, or even more,” the Spaniard said.

“I accept responsibility for the way we played today. It is my fault. I have to set the team up to perform in a different way and that is it. At the moment I am in shock.

“I didn’t expect that because of the way the team trained. It is a challenge. A challenge brings an opportunity. If you have courage and you represent a club like this, you have to stand up and take it.” Arteta’s win percentage in the league from his first 50 games in charge is only 42%, compared to his predecessor Unai Emery’s 49% from his 51 games at the helm.

While Arsenal have improved defensively under Arteta, the attacking flair they were once known for has been replaced by a cautious and often timid approach that was painfully evident against Liverpool.

“I don’t know if it was the worst but probably one of the worst,” Arteta said of the performance.

“We gave every ball away, we could not put three passes together. There were too many simple things not done right. The basics weren’t there today.

“We want to apologise, to our people and our fans. This is nowhere near what we want and we have to do better.”