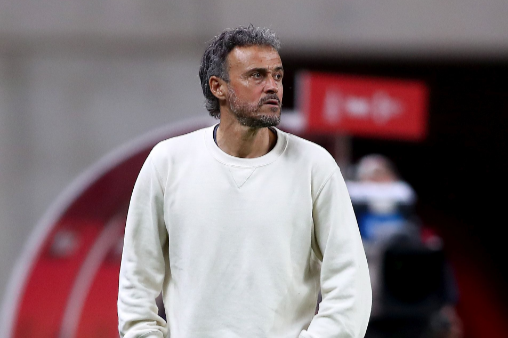 Spain coach Luis Enrique had recently admitted he was very worried about his team's form and he had more reason to be concerned on Wednesday when he found himself trapped in a lift before their World Cup qualifier against Kosovo.

Luis Enrique and several of his assistants were stuck in a lift in the team's hotel for an hour before being rescued.

They arrived at Seville's La Cartuja stadium moments after the game had kicked off, travelling there by car as the team bus carrying the players had departed.

The incident had little impact on the team's performance, however, as Spain ran out 3-1 winners thanks to goals from forwards Dani Olmo, Ferran Torres and Gerard Moreno to move top of Group B with seven points.

"We had a plan B and my staff were going to take charge of the game instead. It wouldn't have made a big difference if I hadn't made it," said Luis Enrique.

The coach faced a bigger headache explaining why he had started without captain Sergio Ramos and only brought him on in the 86th minute.

Ramos had recently returned to action after undergoing knee surgery in January and missed Real Madrid's last game before the international break yet.

The 35-year-old played the first 45 minutes of last week's 1-1 draw with Greece then was left on the bench in Sunday's 2-1 win in Georgia.

"He didn't play because I made a technical decision, he has no problem but I decide who plays. Ramos is fine, but he has just returned from a serious injury and I decided that other players should play instead," Luis Enrique said.

"His attitude is exemplary. The true leaders are the ones who make a big contribution even if it's from the bench."