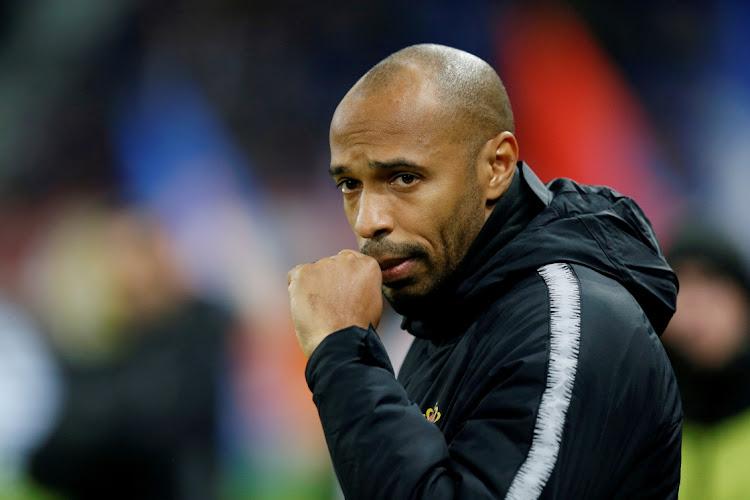 Former Arsenal striker Thierry Henry said the debate over whether soccer players should take a knee before games has diverted attention from the real issue of addressing racial discrimination.

Players in England's top flight have been taking a knee since July, initially in support of the 'Black Lives Matter' movement before the Premier League and English Football League linked the gesture to their own anti-racism campaigns.

Crystal Palace's Wilfried Zaha became the first Premier League player this month not to take a knee after he said the meaning of the gesture, which he called "degrading", has been lost.

"There was the debate recently about taking the knee or standing, but that's not the debate," former France international Henry, who suffered racial abuse during his playing career, told CNN Sport.

"That's not the cause. The cause is: What are you going to do for it to be better for everybody? Equality. Everybody, and obviously I'm going to talk about my community.

"I thought kneeling was a strong message and we all know where it comes from, but then the discussion moved to: Are we standing or are we kneeling?"

Henry said the point was not whether to take the knee, but the racism itself, which still goes on, and how to tackle it.

Henry, 43, last week deleted his social media accounts to protest against the platforms for not taking action against anonymous account holders who are guilty of racism and bullying online.

A new taskforce has been created to provide support for players when online abuse occurs, and the club said it will pursue legal action and ban any Arsenal fan found responsible for any "unacceptable comments".

English soccer's governing bodies have urged social media companies to tackle the problem in the wake of racist messages aimed at players.

Instagram has announced a series of measures while Twitter has promised to continue its efforts after taking action on more than 700 cases of abuse related to soccer in Britain in 2019.