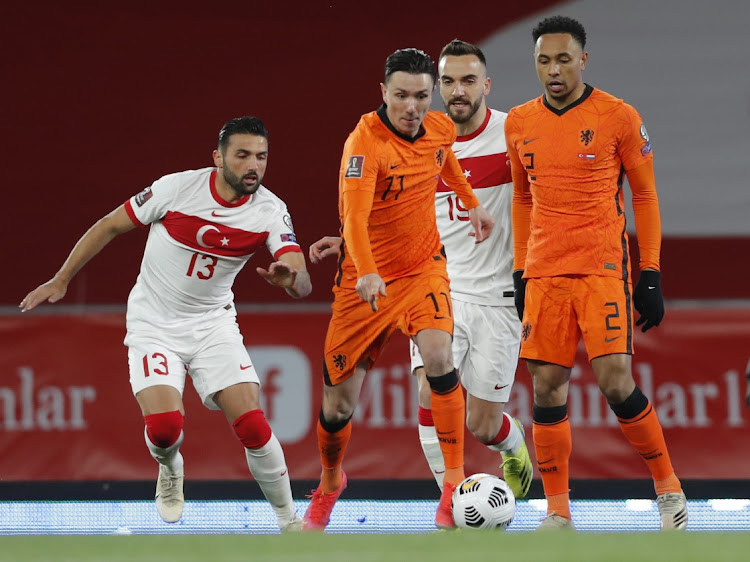 Netherlands' winger Steven Berghuis scored one goal and set up another as they overcame a wasteful first half to thump minnows Gibraltar 7-0 in their World Cup qualifier at the Victoria Stadium on Tuesday.

Substitute Donny van de Beek added a sixth late on and Depay got his second as the Netherlands recorded their biggest away win since a 7-0 success over San Marino in 1993.

The Dutch moved into second place in Group G with six points from three games, one point behind leaders Turkey who were surprisingly held to a 3-3 draw at home by Latvia.

The visitors could not turn their dominance into goals in the first half and, despite having 19 attempts, managed only four on target with one effort going in for a slender lead at the break.

Gibraltar goalkeeper Dayle Coleing did make superb saves to deny Depay, Wijnaldum and Davy Klaassen, but he was finally beaten after 41 minutes by Berghuis.

The winger profited from a fortunate ricochet in the box and swept the ball into the net. Having waited 23 matches to score his first international goal against Latvia on Saturday, he now has two in two.

Gibraltar had a penalty appeal waved away early in the second period when Tjay De Barr tussled with Daley Blind.

It was the correct decision from Portuguese referee Joao Pinheiro, but the visitors lost Ajax Amsterdam's Blind to what looked a serious knee injury as he fell awkwardly on the artificial surface.

Berghuis turned provider to set up the second for De Jong, and shortly afterwards Depay’s free-kick was deflected into the net and Wijnaldum crashed the ball home from close-range for his 11th goal in his last 16 internationals.

Van de Beek had the simplest of tap-ins before Depay turned the ball home at the near post to complete the rout.

Before the match, the Dutch players again wore t-shirts designed to highlight the plight of migrant workers in Qatar, who host the next World Cup, joining similar protests made by Norway and Germany players at previous games.