Watching England at home on TV was tough, says Stones 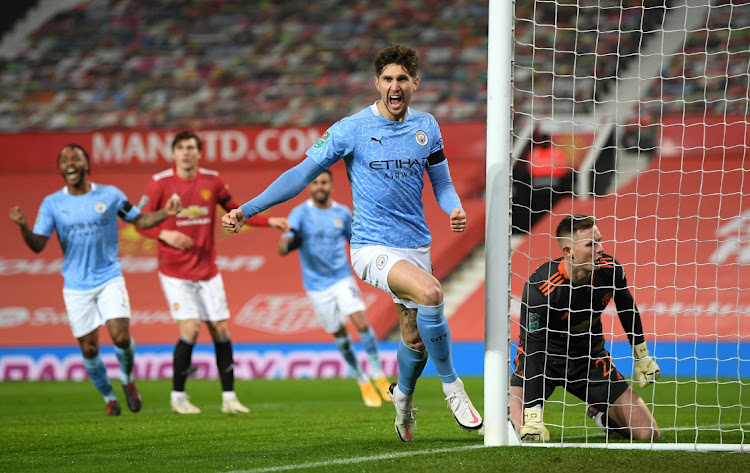 Manchester City defender John Stones was frustrated at being unable to contribute to the national team during his 16-month international exile but said he used the feeling of helplessness to improve his game and earn a recall to the England squad.

Stones won the last of his 39 caps against Montenegro in 2019 but his strong domestic form has earned him a spot in Gareth Southgate's squad for 2022 World Cup qualifiers against San Marino, Albania and Poland.

"It was very tough and I think it would be the same for everyone," Stones said. "It was difficult watching from home. You feel a bit helpless that you can't contribute, but I used it as a motivation to strive to be better.

"When I got the text the other day, it was a great feeling to be back involved.

"I had worked so hard and I was hearing people say, 'you should be in'. But I didn't take any of that in until the text arrived. I wanted to hear from the source."

Stones, along with his England team mates Kyle Walker, Phil Foden and Raheem Sterling, has been a key part of City's stellar season as they aim for glory on four fronts.

The 26-year-old defender said securing trophies with Pep Guardiola's side would also have a positive impact on the England squad at the Euros this year.

"That winning mentality, if we can bring it into the England squad, would be invaluable," Stones said. "I'd love everyone to be coming into camp after winning something but that's not possible."

England face San Marino in their Group I opener on Thursday before playing Albania (March 28) and Poland (March 31).