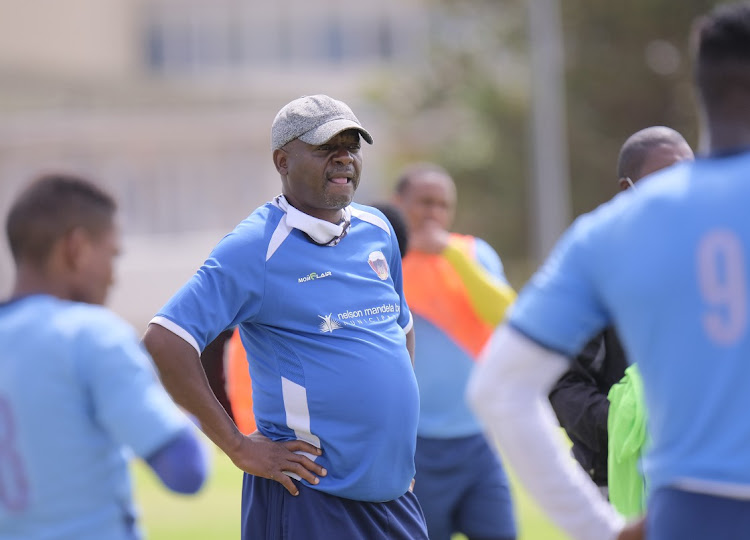 Chippa United coach Dan Malesela said his team needed to improve their play before taking on Richards Bay in the Nedbank Cup quarterfinals.

This after the Gqeberha side beat Cape Town City 2-1 in extra-time at the Nelson Mandela Bay Stadium on Sunday.

Nigerian Augustin Kwem opened the scoring for Chippa in the first half but his 27th-minute strike was nullified by City’s Abdul Ajagun’s goal in the 66th.

The teams finished deadlocked at 1-1, with the home team then turning up the heat during extra time.

It was eventually Cameroon’s Bienvenu Eva Nga who popped up to scoop the ball into the net,  with only four minutes remaining in extra time.

His winning shot will now see Chippa face Richards Bay in the quarterfinals.

The PSL has yet to confirm the final dates, times and venues for the next round.

“I do not take draws into consideration and about who we are going to play and what is going to be  happening in the next game,” Malesela said.

“What I really think we should focus on is where our level will be by the time that match takes place.

“We need to have improved quite a lot from where we were.

“When other teams play each other, you may feel threatened and be scared to play, bringing unnecessary fear to your players’ minds.

“It becomes different when they actually play you, and you sometimes find more joy in the match than what you expected.

“Yet you were going the whole week telling the players about this team and that team.

“I am not being arrogant or anything like that but I know we have overrated a lot of teams before.”

The former Cape Town All Stars and TS Galaxy coach said areas that needed to be worked on before their next Nedbank Cup encounter included general organisation, retaining the ball, passing, and the last third decisions.

Malesela said his players sometimes made crosses without scanning properly to see who was available.

Lastly, he said the back line was also a concern in terms of man-matching.

Speaking on their win against the Citizen’s, Malesela said: “It was a very difficult game but one that we expected to go the way it did.

“So it was a game of two teams who wanted to play football and we all did.

“We won and that is appreciated.”

The Chilli Boys play Cape Town City again on Wednesday but this time in the DStv Premiership at Sisa Dukashe Stadium, in Mdantsane (3pm).