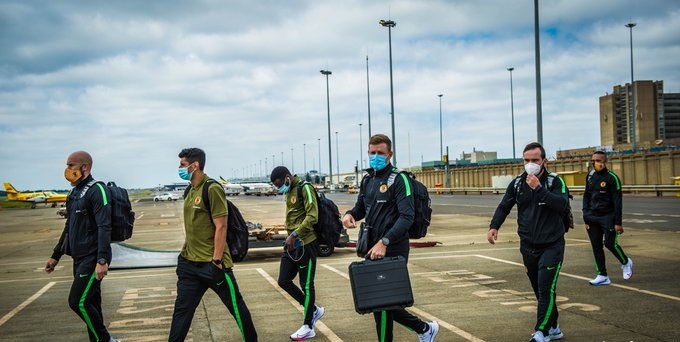 Kaizer Chiefs will depart from OR Tambo on Friday to face Morocco's Wydad Athletic in an away Caf Champions League Group C match that will be played at a neutral venue in Burkina Faso on Sunday.

This encounter was supposed to be played on February 13 and courted immense controversy after the Moroccans refused to grant visas to Kaizer Chiefs‚ citing Covid-19 fears as the reason.

The game has been postponed several times in the past few days and it took belated intervention by the Confederation of African Football and a long overdue ultimatum before the Moroccans hastily secured Burkina Faso as a neutral venue.

Both teams have played one group game and it is Wydad who are second on the log after their 1-0 win over Angolan side Petro de Luanda. Chiefs are third after drawing 0-0 with group leaders Horoya AC of Guinea at FNB Stadium on Tuesday.

Sunday’s match at the 4 August Stadium in Ouagadougou will kick off at 6pm SA time and Chiefs coach Gavin Hunt will fly out with 18 members of his squad hoping to claim the full spoils against one of the giant clubs on the African continent.

Chiefs will use a chartered flight to Burkina Faso and are aiming to be back in SA on Monday in time to prepare for their third Group C match against Petro at home on March 6.

The Premier Soccer League has had to postpone a number of DStv Premiership matches‚ and at least one Nedbank Cup Last 16 clash‚ as a result of Chiefs and Mamelodi Sundowns playing their rescheduled Champions League ties on Sunday.

Chiefs were supposed to play Tshakhuma Tsha Madzivhandila on Tuesday but that match has been moved to a date yet to be announced by the PSL.

At least two Sundowns league matches, against Stellenbosch FC and Swallows FC, have been postponed to dates yet to be determined‚ while their Nedbank Cup Last 16 match against Polokwane City‚ which was set for Saturday‚ has been postponed to March 10.

Sundowns will be in Tanzania on Sunday where they will play Algerian club CR Belouizdad in a Champions League Group B match that was supposed to take place last Sunday.

Similarly to Chiefs‚ the Brazilians were denied entry to Algeria.

Then Sundowns will travel to DR Congo to play TP Mazembe on March 6 four days before they return to play Polokwane in Pretoria.

The Brazilians started the Champions League campaign on a good note when they beat Sudanese side Al Hilal 2-0 at home.