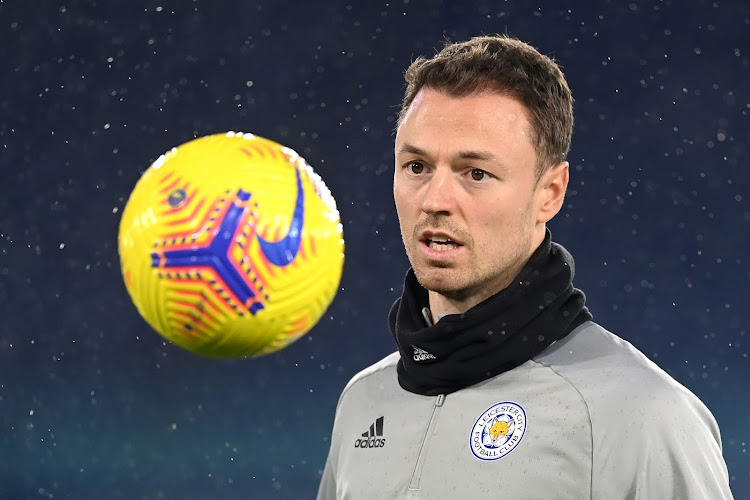 Leicester City defender Jonny Evans is in talks to extend his contract with the Premier League club and a deal could be finalised in the next few days, manager Brendan Rodgers said.

The 32-year-old Northern Ireland international has made 87 appearances in all competitions following his arrival from West Bromwich Albion in 2018 and was instrumental in Leicester's fifth-place finish in the Premier League last season.

Evans' contract expires at the end of the current campaign and British media had linked him with a return to Manchester United, where he won three Premier League titles.

"I'm hearing from the club it's pretty close," Rodgers said. "So we're very hopeful that, very soon, we'll be able to finalise that deal.

"It could be sooner than the new year, we'll have to wait and see. But I know the representatives of Jonny and the club are very close. If it's this year, that's great, if not, it'll be very early in the new year."

Leicester are second in the table on 27 points, four adrift of champions Liverpool. They host Manchester United on Saturday.

Meanwhile, Fulham defender Joachim Andersen will be available for Saturday's Premier League clash against Southampton after his red card in last week's 1-1 draw with Newcastle United was overturned by England's Football Association (FA).

The 24-year-old Dane was sent off after he was adjudged to have fouled Newcastle striker Callum Wilson in the penalty area.

Replays showed that initial contact was outside the box, but referee Graham Scott stuck to his original decision after consulting the pitchside monitor. He sent Anderson off, and Wilson converted the spot kick.

"An independent Regulatory Commission has removed Joachim Andersen's one-match suspension following a successful claim of wrongful dismissal," the FA said in a statement.

Fulham are third bottom in the standings with 10 points from 14 games, two adrift of the safety zone.