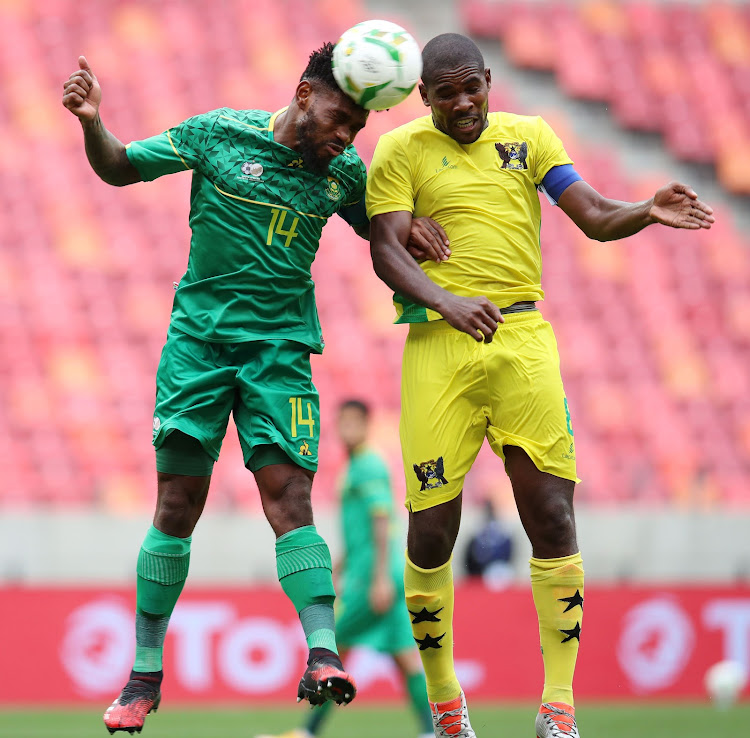 Bafana Bafana coach Molefi Ntseki is hoping to have all hands on deck as he looks to shore up his defence for the next 2021 Africa Cup of Nations qualifier against Ghana in March 2021.

Bafana rounded off back-to-back victories over Sao Tome when they beat them 4-2 at the Nelson Mandela Bay Stadium on Monday.

They were coming off a 2-0 win against The Falcons in the first match at the Moses Mabhida Stadium in Durban on Friday.

The six points have Bafana well placed in Group C and they will look to continue their winnings ways in their next two fixtures against Ghana and Sudan.

Ntseki said not having his regular defensive players had an effect on the team’s performance against Sao Tome.

“We have lost eight of our players that we wanted to bring into the camp,” Ntseki said.

“We are hopeful and we will keep on praying and believing in God that when March’s Fifa week comes all 50 players will be available to play for the national team.

“If you look at our defence in particular, it’s a new set. It was only Thulani Hlatshwayo who played in the Afcon and against Sudan.

“You have Buhle Mkhwanazi who is not here. Eric Mathoho, Thami Mkhize and Sifiso Hlanti.

“So it tells you something about the team defensively. But I am not saying the guys who played today did not do their part.

“I am just pointing out the experience that we missed coming into this match, especially in dealing with a direct approach like Sao Tome’s.”

The coach said SA was aware of Ghana’s attacking prowess but he believes the team would be fine as long as he had a full squad to call on.

Though Bafana managed to win both their matches against Sao Tome, Ntseki said Monday’s result was not the true reflection the game.

“We had a very good analysis of the opponent  and we were expecting them to come at us because honesty they have nothing to lose and for them to get a goal ... you could see that it was something that they were gunning for in terms of their direct play.

“We did our part in dealing with the situation but unfortunately we conceded from a set play for the first goal  which I think we did not apply ourselves properly because they did not do anything to get that goal.

“As much as we made mistakes we are professionals.

“We believed that this was one game that we were going to win if we executed our plans properly and depended on our abilities as individuals and as a team.

“We missed too many chances and in a game like this when you have opponents that are determined you get more worried about the chances you miss.

“I think we held ourselves very well even after conceding. We came back.

“Going into the second half we made some technical changes and we addressed certain aspects of the game that won us the match.”