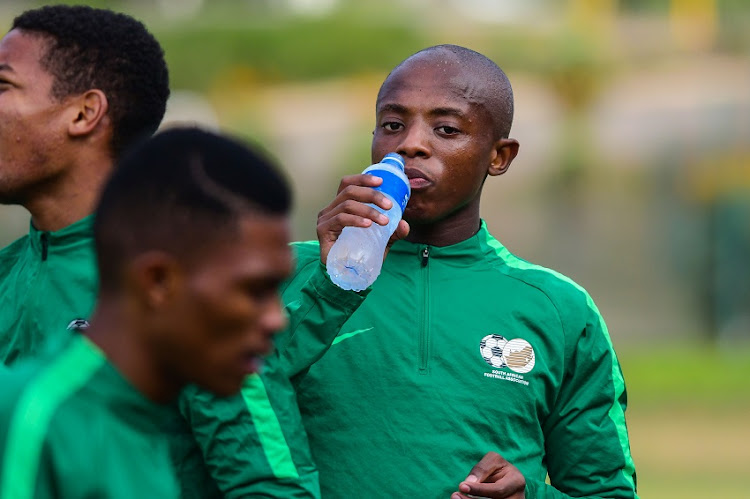 For Zakhele Lepasa‚ the postponement of the Tokyo Olympics came as an opportunity as it allowed the Orlando Pirates forward to come into the reckoning for the South African Under-23 team.

Lepasa will be among players competing for places at the postponed Tokyo Olympics — moved due to Covid-19 from July and August this year to the same months in 2021 — when the SA Under-23s meet Saudi Arabia in friendlies on Saturday night and again on Tuesday.

Lepasa travelled to the Middle East with coach David Notoane’s Olympic squad on the back of strong performances for Pirates‚ including a goal in the first leg‚ in their 5-0 aggregate MTN8 semifinal dismantling of Kaizer Chiefs over two legs.

“One can also say that he is also truly grateful of the fact that the Olympic Games were postponed for next year‚” Lepasa, 23, said in Saudi Arabia.

“This has granted players such as myself the opportunity to raise their hands and say that they want to be part of the final Olympic squad that is to represent SA in this major world sporting event.

“For me‚ it is not about just going to the Olympics for the sake of just being there. It is about performing and giving your best for your country at all times.

“And that’s because‚ when you do that‚ against the best of the best in the world‚ the world notices you. The right people take full notice of you‚ too. That is how you open bigger doors for yourself.”

The U-23s held their first training session at the match venue at King Abdullah Sports City Stadium in Jeddah on Friday having been cleared in a two-day quarantine.

“This match will be good for us after having not played together as a squad for so long‚” SA captain Tercious Malepe said.

“It will also give us the opportunity to gauge how far we are and still need to go as we continue with the process of preparing for next year’s Olympic Games.”