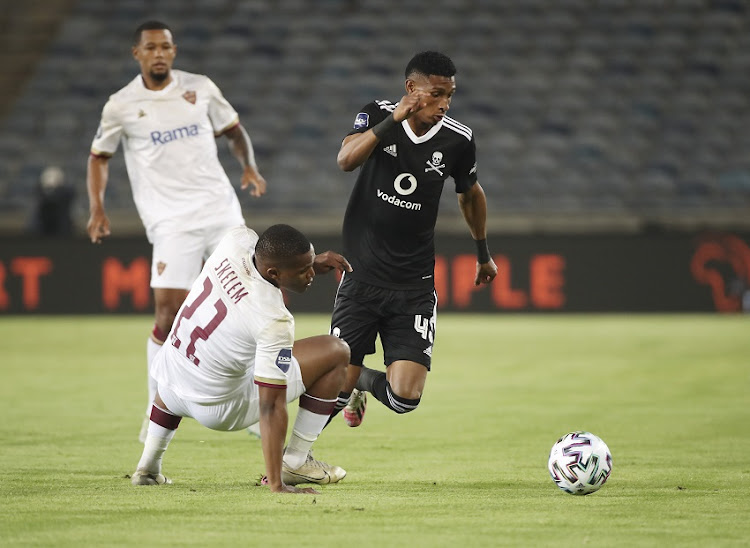 Vincent Pule is happy to have come back into the Bafana Bafana squad showing signs of form for Orlando Pirates‚ as the national team take on Sao Tome and Principe in crucial Africa Cup of Nations qualifiers on Friday and Monday.

Pule will hope to be part of coach Molefi Ntseki’s attack on Friday night (kickoff 9pm) at Moses Mabhida Stadium‚ the venue where he made his national team debut‚ also in a Nations Cup qualifier‚ against Libya in September 2018.

Coming off an underwhelming 2019-20 for Pirates where he scored three times in 24 league appearances‚ compared to eight in 26 the season before‚ Pule is happy to return to the national team on the back of some promising performances for his club so far in 2020-21.

“I struggled a bit with injuries last season. Some games I played injured. But I kept going – I told myself I was not going to stop because of minor injuries‚” the winger said in Durban.

“I think I’m just here to add an impact to the team. And hopefully I’ll get a chance to play.”

Pule has got off the mark this season too‚ scoring in Pirates’ 3-0 MTN8 semifinal‚ first-leg victory against Kaizer Chiefs‚ and featuring in Sunday’s 2-0 second-leg win too.

“Scoring goals for my club has always been my thing. Scoring in the derby was a great feeling‚” the Bucs man said.

“It’s the start of the season. And I’m here [with Bafana]‚ so I’m hoping for the best.

“What will make me happy for the season to come will be to score more goals‚ and get more assists.”