Déjà vu all over again for stuttering Wallabies 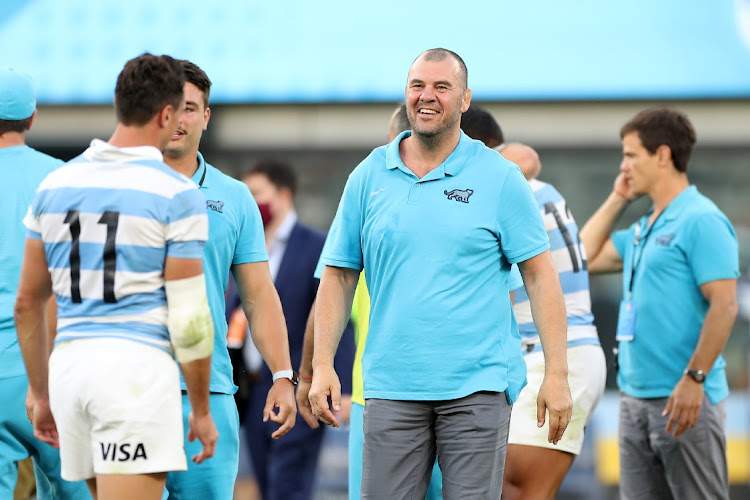 For all the talk of progress under coach Dave Rennie, the Wallabies look to be in a similar position to where they were in 2018 heading into the Rugby Championship a little more than a year out from the World Cup.

Last month's tight midyear series against England mirrored that against Ireland four years ago, when Australia under Michael Cheika won the opening Test only to lose the last two matches.

The Wallabies played the more expansive rugby and scored more tries but lost the forward battle and were undone by ill-discipline that allowed the opposition to punish them from the kicking tee.

The style of attack against England was also familiar to frustrated Australia fans with the Wallabies often moving laterally back and forth across the pitch through several phases before being penalised or having the ball turned over.

Despite his side losing five of their last six matches and sitting sixth in the world rankings, Rennie is not under pressure for his job but only perhaps because expectations are so low.

To be fair to the New Zealander, the Wallabies have suffered an inordinate number of injuries in some departments this year, which have certainly affected cohesion.

Those losses were compounded by a knee injury to Samu Kerevi at the Commonwealth Games at the weekend that will sideline the powerhouse centre for the rest of the season.

Rennie has spoken about injuries allowing Australia to build depth ahead of the World Cup, but that was also an echo of a line familiar from the latter days of his predecessor's reign.

Cheika blooded a host of young players from 2015 to 2019 but went into the World Cup without a settled team or an established starter in the crucial flyhalf position and crashed out in the quarterfinals.

It is in two tests against Cheika's Pumas side that the Rennie's Wallabies get the chance to return to winning ways before heading back to Australia for a pair of matches against the Springboks and home-and-away clashes with the All Blacks.

The Wallabies beat SA twice on home soil last year and if they can repeat that, and take advantage of New Zealand's troubles and win the Bledisloe Cup for the first time in two decades, it could mark a turning point for Australian rugby.

That is a lot of ifs, of course, and first they will need to deal with a passionate Argentina side playing their first two Rugby Championship matches on home soil since 2019, starting in Mendoza on Saturday. — Reuters