Blow for Wallabies as Kerevi ruled out for the season 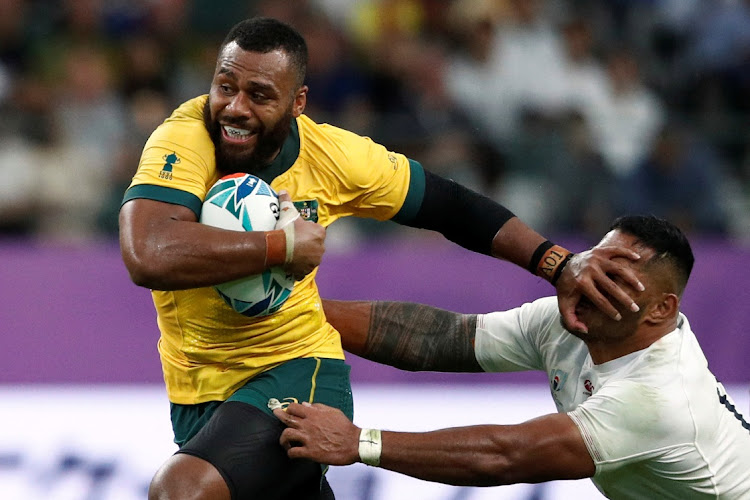 Australia have suffered a major injury blow ahead of the start of the Rugby Championship with key back Samu Kerevi ruled out for the remainder of the season by a knee injury.

The powerful inside centre suffered the injury playing Sevens for Australia against Kenya in the Commonwealth Games tournament in Birmingham at the weekend.

The 28-year-old was always going to miss the start of the Rugby Championship, which kicks off for Australia on Saturday with the first of two tests in Argentina, but would have returned for four tests against SA and New Zealand.

“Obviously very disappointed for Samu, had a chat with him just before,” his sometimes centre partner Len Ikitau told reporters on Wednesday from Buenos Aires.

“I know the type of person he is, and he's going to bounce back and be right for next year. For us, though, it's a next man in mentality, coming in and doing the job.”

Hunter Paisami, who is expected to start at inside centre against the Pumas in Mendoza on Saturday, should now get a long run in the number 12 shirt.

“He's kind of a different player from Samu, he's got his own game, his own superpowers,” added winger Marika Koroibete.

“He's got ball skills, he brings energy and he loves to hit ... I reckon he's going to do a very good job.”

Australia's last outings were in the lost July series against England, where slow starts contributed to their defeats in the final two tests.

Koroibete said making a good start against Argentina on Saturday was particularly important given former Wallabies coach Michael Cheika was now in charge of the Pumas.

“He's going to rev up the boys, that's who he is, so it's super important for us to start well,” said the Fijian-born flyer.

“They're going to come for us, especially as it's at their home ground here. We know the Argentinians for the last decade have been so passionate and now with Cheika on top too ...” — Reuters