Tournament will have 20-minute red card law trial in place 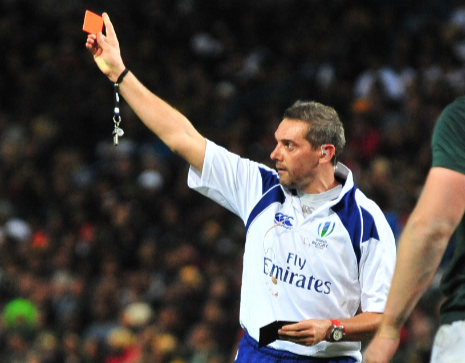 Coaches will again be allowed to replace red-carded players after 20 minutes in this year’s Rugby Championship.

It will be a continuation of the 20-minute red card law trial conducted throughout Super Rugby competitions in 2020, 2021 and 2022 as well as last year’s Rugby Championship.

The proliferation of “sin bin-able” offences has resulted in the outcome of matches being determined by the number of on-field absentees. This, it has often been argued, has brought the integrity of the sport at its higher levels into question.

“All the Sanzaar national unions — Argentina, Australia, New Zealand and SA — are fully behind the extension of the red-card law trial. As a group we firmly believe the integrity of international matches is very important and that wherever possible matches must be a contest of 15 vs 15,” he said.

“Within the context of the game’s laws, Sanzaar believes that a 20-minute red card allows for a significant deterrent to deliberate acts of foul play while it also protects the contest of fifteen on fifteen, which is what our unions, broadcasters and fans are telling us is important.

“Sanzaar stands alongside World Rugby’s important work on managing foul play and player welfare and will conduct a formal research project across the 2022 TRC period with all comparative findings to be shared with World Rugby at the end of the season. The aim is to gather the necessary information that allows the 20-minute red card trial to be accepted into the full laws of the game in the future.”

If a player is red-carded he may be replaced after 20 minutes by another player. The 20 minutes from when a player is red-carded to when they may be replaced is measured as “game time”. This follows the same measurement of time already in place for a yellow-carded player in the sin bin (the sin bin clock is stopped when the game clock is stopped).

A player receives a yellow card and is sin-binned for 10 minutes. If the same player then returns to the field after serving their 10-minute suspension and subsequently receives a second yellow card, it equates to an automatic red card. After a further 20 minutes the red-carded player can be replaced.

Any red-carded player cannot return to the field under any circumstance.