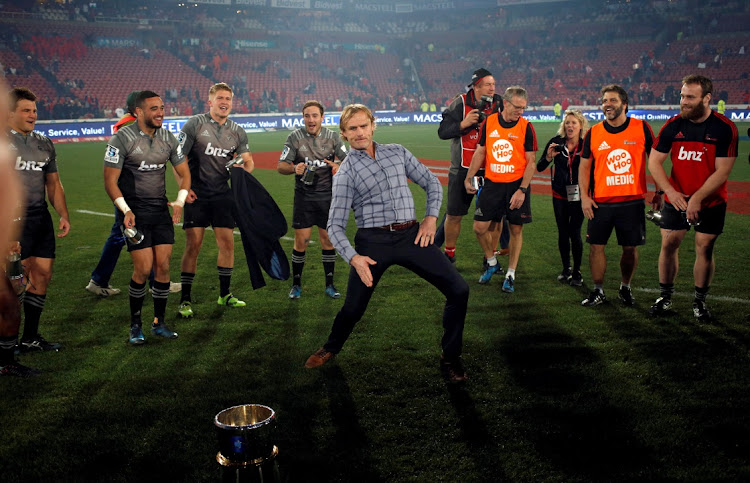 Aspiring All Blacks boss Scott Robertson is open to Test roles outside New Zealand and hopes to become the first coach to win the World Cup with two different nations, he told a rugby podcast.

Robertson has long been anointed a future All Blacks coach but was overlooked for the job in favour of Ian Foster after the 2019 World Cup in Japan.

Having guided the Crusaders to six championships in six years, Robertson said he was not interested in another club-level role and was focused on coaching teams at World Cups.

“I want to win a Rugby World Cup but I want to win it with two different countries. I haven't said that publicly before. I have now,” he told The Rugby Pod.

“It would be great to win a World Cup with your own country, which I want to do, but I'd love to do it with another country.

“I'm not sure what order that is. I'm not sure how that plays out. Those decisions are not mine.”

Though contracted to the Crusaders through to 2024, Robertson may yet have a chance to lead New Zealand at next year's World Cup in France, with Foster under huge pressure after the 2-1 home series defeat to Ireland.

Foster survived a New Zealand Rugby review in the wake of the Ireland reverse, with his assistants axed instead, but further setbacks in upcoming tests in SA could make his position untenable.

Robertson said he would be happy to link up with his former forwards coach Jason Ryan, who recently joined Foster's staff in the All Blacks shake-up.