Papalii comes into All Blacks side for second Ireland Test 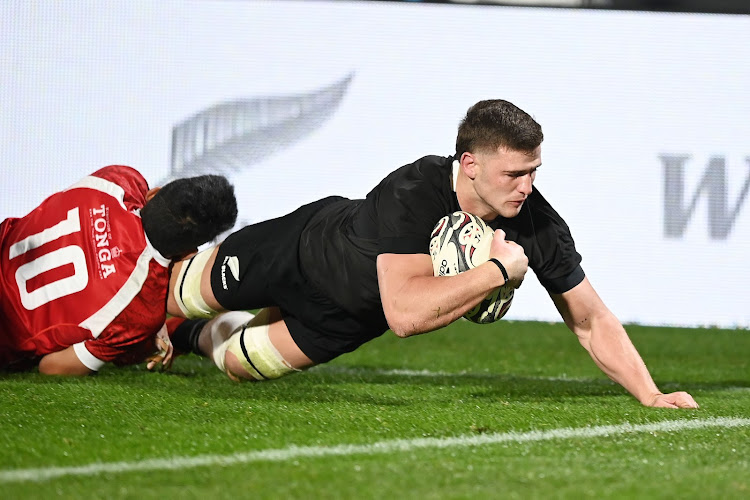 New Zealand and Ireland have each made one change to their starting sides for Saturday's second Test in Dunedin, the All Blacks bringing in Dalton Papalii at blindside flanker and the tourists restoring Mack Hansen to the right wing.

Hansen, who was unavailable for the first Test after testing positive for Covid-19, replaces Keith Earls despite the veteran winger scoring a try in the 42-19 loss in the first Test in Auckland last week.

All Blacks coach Ian Foster has shifted Scott Barrett from flanker to his more normal role at lock in place of Sam Whitelock, who was concussed at Eden Park, with Papalii coming into the back row.

Papalii was one of the form players of the Super Rugby campaign this year and might have challenged captain Sam Cane for his spot on the openside flank had he not suffered appendicitis last month.

“He's a different six, isn't he?” Foster told reporters on Thursday. “But it's a hard ground, under a roof, we're expecting it to be fast. I think Dalton is a very physical player in his own right but he's also very quick.”

Prop Aidan Ross and live wire scrumhalf Folau Fakatava could make their All Blacks debuts from a bench which features four changes from last week, including the return of lock Patrick Tuipulotu and winger Will Jordan.

Foster resisted the urge to throw speedster Jordan straight into the starting side after he was one of three backs to miss last week's match in the wake of positive tests for Covid-19.

Ireland prop Finlay Bealham was a late withdrawal from the first Test after he failed a Covid-19 test and he returns on the bench along with hooker Rob Herring, back after a training injury.

Former Australia U20s winger Hansen will play his fifth Test for his adopted country, having opened his try-scoring account with a sensational effort from a kickoff against France in the Six Nations.