Good wins for Border, EP at U18 Craven Week 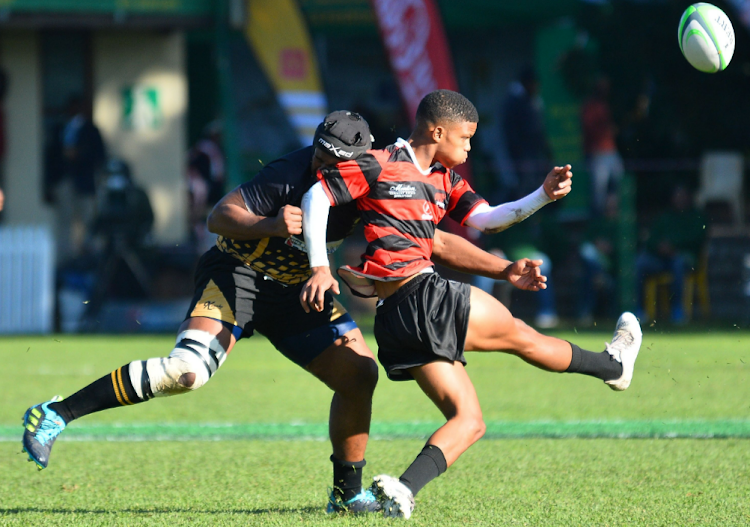 A highly competitive third day of the SA Rugby U18 Craven Week once again confirmed why this flagship schoolboy tournament is such a popular event among all stakeholders — and how much it was missed in its two-year Covid-19-enforced absence.

On a day where the skill levels of the country’s best U18 players were on full display at Rondebosch Boys High, EP secured a first win against Boland by 25-12, the Valke overcame Griquas by 34-28 in a highly entertaining affair, before Border silenced a passionate crowd at Tinkie Heyns Field when they outlasted the Western Province XV 34-31 in another nail-biter.

The final game of the day, featuring the unbeaten Sharks and Western Province, had everything a pundit can expect at this level of rugby.

Some outrageous skills, huge physicality, good game management and individual brilliance on both sides delivered a stunning game and showed the depth of talent on display before the hosts snuck through by 29-24.

EP showed a lot of composure in their second match of the tournament and outplayed Boland in a team effort of note.

The impact of flyhalf Logan Muller in this match could not be denied, as he scored in all ways possible — try, conversion, penalty goal and drop goal.

The Valke and Griquas scored nine tries between the two — five by the East Randers and four by the team from the Northern Cape — in a match that stayed tight right through.

The Valke held a 19-14 lead at the break and managed to keep that margin in  the second half, when both teams scored two tries each.

Border thought they had the game all sewn up at halftime after scoring four tries, but WP XV refused to give up and kept on coming.

The East Londoners held a 28-19 lead, but WP came back strongly in the second half.

The home side scored in the last minute of play, but by then the result was secured for Border.

The final match delivered even more intensity, as can be expected between two of the biggest unions in the country.

Western Province scored some wonderful tries through their dangerous backs and were leading 19-14 at the break, with the Sharks nudging away through their pack of forwards that were slowly getting the better of their counterparts.

A late Sharks try cut the Province lead to 29-24 with five minutes to play, ensuring a pulsating end to the match.

It will be another day of drama on Thursday, with the Blue Bulls and SWD realising that only one of them will have an undefeated record come Saturday, as will the Pumas and Griffons.

Both these northern sides scored good wins on Monday.

The Leopards and Limpopo Blue Bulls will open proceedings at 10.30am tomorrow and in the other match on day four, Free State and Golden Lions will be looking for a first win.