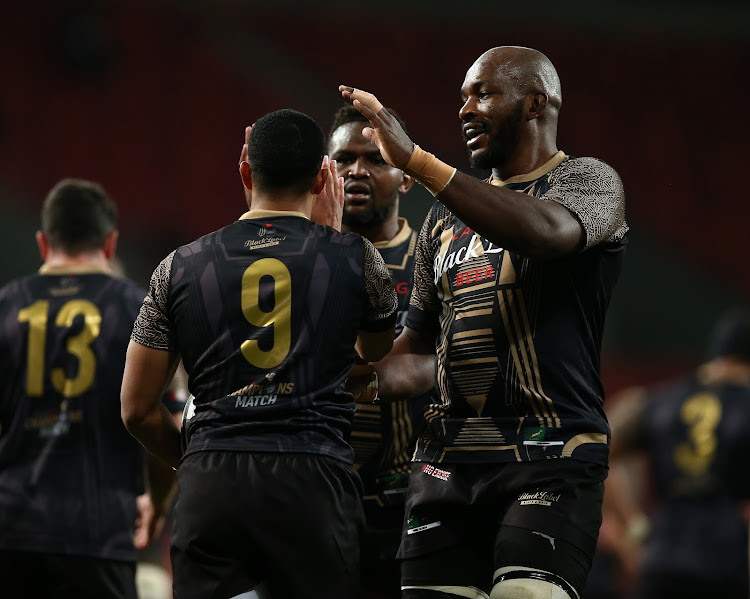 The Italians led 17-10 at halftime but the SA side staged a big fightback in the final half to claim victory in a closely-contested match.

Daniel Kasende, Siya Masuku, Keagan Johannes Nama Xaba and Dan Jooste each scored a try for the Champions team while Gesi Simone, Cannone Lorenzo and Di Bartolomeo Tommaso got on the scoresheet for the visitors.

The exhibition match between Italy A and an SA side made up of Currie Cup players from around the country, as voted for by their fans, and coached by Pumas coach Jimmy Stonehouse.

The coach had just led the Pumas to their first Currie Cup title and was hoping to lift another trophy in just a week.

However, it was the Italians who made a fast start in the match as they managed to score early in Gqeberha.

However, Stonehouse’s men were patient in their game and they were finally rewarded when Kasende crossed the whitewash.

The hosts couldn’t draw level as flyhalf Siya Masuku’s kick for extras was not successful as the score remained at 7-5.

The Italians got another break with only nine minutes to play before halftime when Cannone Lorenzo scored the second try for the visitors and Carlo made no mistake with his kick for poles.

Masuku also showed his class before halftime when he kicked the ball forward and chased it himself to score the second try for his side.

However, the pivot couldn’t convert his own brilliant try which would have reduced the deficit to just two points.

Carlo’s penalty scored on the stroke of halftime ensured that the Italians headed to the break with a 17-10 lead over the South Africans.

The Italians utilised every opportunity they got to build scoreboard pressure as Carlo scored another penalty early in the second stanza.

The Champions kept on pushing and the third try came on 47 minutes through Johannes and Masuku’s kick for poles was accurate this time around as the Italian lead was reduced to 20-17.

The Champions took the lead for the first time in the game when Xaba scored on 51 minutes as Masuku also converted to give Stonehouse’s men a 24-20 lead.

However, things went south for the hosts when their influential fullback Clayton Blommetjies was sin-binned after 54 minutes of play and Italy A used the numerical advantage to regain the lead.

Tommaso scored the side’s third try before they were also reduced to 14 men when flanker Bianchi Iacopo was also sent to the naughty chair on the hour mark.

But a try by replacement hooker Jooste saw the Champions back in the lead with 15 minutes to play.