Folau back in Test rugby after Tonga selection 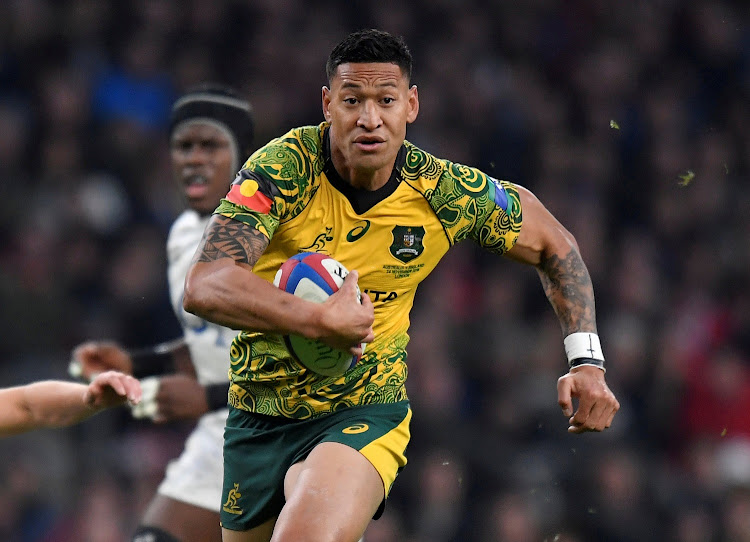 Israel Folau will return to Test rugby for the first since he was sacked by Rugby Australia three years ago when Tonga take on Fiji in the Pacific Nations Cup on Saturday.

The 33-year-old, who scored 37 tries for Australia in 73 internationals between 2013 and 2019, was listed as “Isileli Folau” and named on the right wing for the match in Suva.

Folau, an evangelical Christian, had his Australia contract torn up in 2019 after he posted a meme on social media which said “hell” awaits homosexuals and other groups.

Former All Blacks Malakai Fekitoa and Salesi “Charles” Piutau were also included in the Tonga side at inside centre and fullback respectively.

Having become a pariah in Australian sport after his social media posts, Folau returned to rugby league in France in 2020.

He tried to revive his career in the sport in Australia but was blocked by local officials before switching back to rugby union last year, taking a contract with Japan's Shining Arcs.

“It's been awesome to be able to come back and have the opportunity to connect with the boys, and with the culture as well,” Folau said in a video message this week.

“A big part of that is our faith in God as well.”

Fiji head coach Vern Cotter named five new caps in his side for the Test, with former All Blacks centre Seta Tamanivalu looking to return to international rugby after a gap of five years from the bench.

Samoa and an Australia 'A' team will also compete in the July 2-16 Pacific Nations Cup. — Reuters