'I was sick and tired of talking about 1970,' says coach Pieter Bergh as Griquas reach first Currie Cup final in 52 years 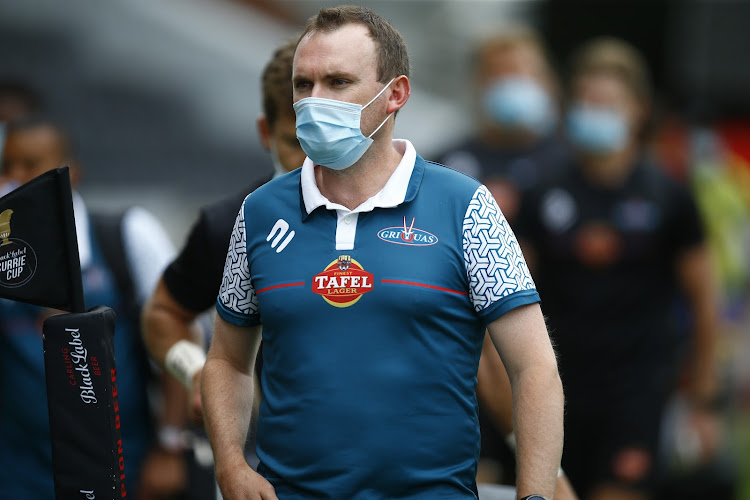 After leading the Griquas to their first Currie Cup final in 52 years, coach Pieter Bergh hopes his current team can match the franchise’s great team of 1970.

The year 1970 is entrenched in the history of the 136-year-old rugby franchise as it was not just the last time they won a Currie Cup title, but also their last appearance in a final.

However, part of that history changed on Friday when Bergh’s charges fought back from being 7-3 down at halftime at Loftus Stadium in Pretoria to win their semifinal clash against the Bulls 30-19 and reach their first final in over half a century.

Bergh didn’t hide how sick and tired he was of always having to talk about the team of 1970 when talk of the franchise’s successes came up.

“I don’t think it has sunk in yet, it’s special,” Bergh said.

“For so many years the Griquas have talked about 1970. I have been involved as the assistant coach at the Griquas from 2012 to 2018 and we’ve never made a semifinal with very good Griquas teams.

“There was always a talk about winning the Currie Cup and talking about 1970 and in 2019 we made the semifinals and in 2021 as well.

“But they couldn’t take that step, so I’m incredibly proud of these guys,” he said.

“I said to them in a prematch team talk that there’s a reason the Guinness world book of records gets rewritten every year. That was my talk to the guys. Records are there to be broken and I was sick and tired of talking about 1970.”

Bergh wants his men to push themselves even harder in the final where they will come up against the Cheetahs or the Pumas, who are involved in the Currie Cup second semi on Saturday.

The 36-year-old coach will not celebrate this great milestone he has just accomplished as he needs to come up with a master plan to fix the minor problems in the Griquas game, but he is pleased with his side's defence.

“I think we already knew that they (Bulls) were going to target our scrum, they said that in the media and when we played them here (at Loftus) during the group stages, they smashed us in the scrum,” Bergh said.

“But as soon as we got the set piece in the second half and when we won the line-out, we got a penalty try, so I think in the end it paid off for us.”

The Currie Cup final could be played in Kimberley if the Pumas beat Cheetahs, but if the latter wins, then the climax of the domestic competition will be staged in Bloemfontein on Saturday, June 25.