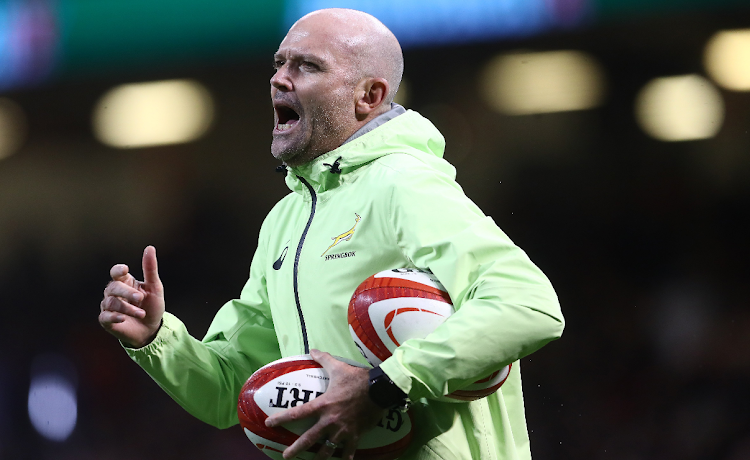 Springbok coach Jacques Nienaber explained eligibility issues that have kept some players out of the mix.
Image: Kieran McManus/Shutterstock/BackpagePix

Springboks coach Jacques Nienaber has shed light on the non-selection of Madosh Tambwe and the Tshituka brothers, Vincent and Emmanuel, in his group of 43 players before the international season.

Tambwe has been a much improved player at the Bulls while Vincent Tshituka has been in exceptional form in an often struggling Lions team in the United Rugby Championship (URC).

Their absence from the squad was explained in simple terms.

“He [Tambwe] is not an SA citizen. Until he gets citizenship he is not eligible. The same with the Tshituka brothers. There is a lot of speculation about them.

“They need to get citizenship. I know the Tshitukas are busy with a process, I'm not sure if Madosh is.”

Asked by Sunday Times in May whether he is eligible to play for the Boks Tambwe, who is set to move to Bordeaux Begles in the new season, responded: “Yes, last time I checked.

“I've been travelling with the team [the Bulls away in the URC]. I don't know what more will make or deem me South African.”

Asked the same question in March, Vincent Tshituka told the same paper: “We have applied for SA citizenship. It will be a bit of a waiting game, but we are doing everything we can to try to fast-track that process.

“When it comes to these matters it is not in our hands. Hopefully things work out.”

Nienaber also explained the continued absence of Bulls centre Cornal Hendricks from the Boks set-up. A serious heart condition forced Hendricks into temporary retirement after he joined the Stormers in 2016, but he has made a stunning return to the playing field in 2019 in Bulls colours.

“I know it sounds weird and funny, but our medical team hasn’t got the green light that he’s all clear for us. We can only go on what our medical team and our specialist give us, as selectors,” the Boks coach said.

It is curious, though, that the Bulls' medical team have criteria that deems a player medically fit that so fundamentally differs from the one in use at the Springboks.

“The Bulls medical team decided, ‘Listen, this guy clearly can play’. Our guys must do the same from our side and the moment we as selectors and coaches get a green light, he is up for selection.”