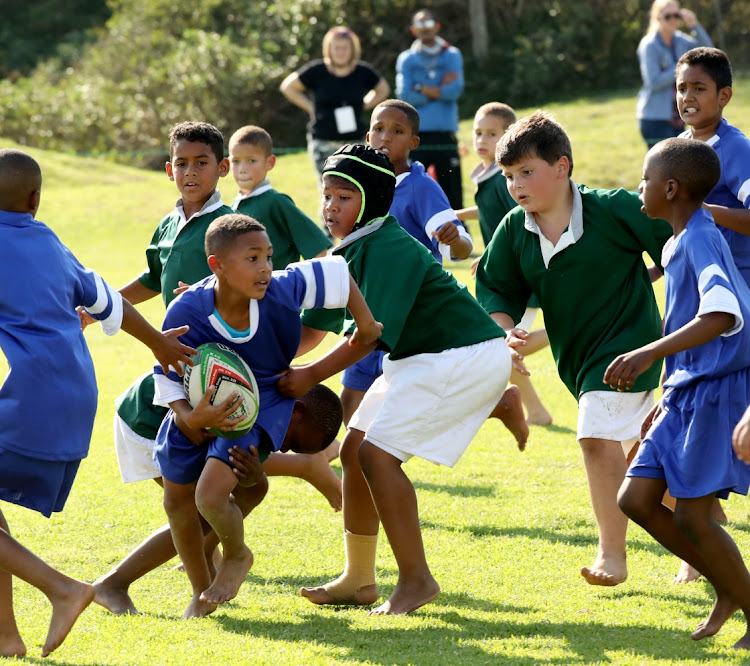 YOUNG GUNS: Tyler Oerson, of West End Primary, goes on the attack against Herbert Hurd in the Kemach-Acres SPAR U9 rugby festival at Herbert Hurd on Saturday
Image: FREDLIN ADRIAAN

This is the only U9 rugby festival in Gqeberha and the day was chosen not only because of its historical significance, but also to develop and nurture players from all communities.

Furthermore, the organisers have placed an emphasis on enjoying the game in a fun atmosphere, while also creating a platform for the young players to showcase their talent.

The two sponsors, Marinus Rautenbach of Kemach Equipment and Chris Heyns of The Acres SPAR, awarded the Kemach floating trophy to John Masiza Primary, who showed exemplary manners and demonstrated their mettle during the games while playing in the right spirit.

This was the third time Herbert Hurd had hosted the event after the inaugural tournament in 2018.