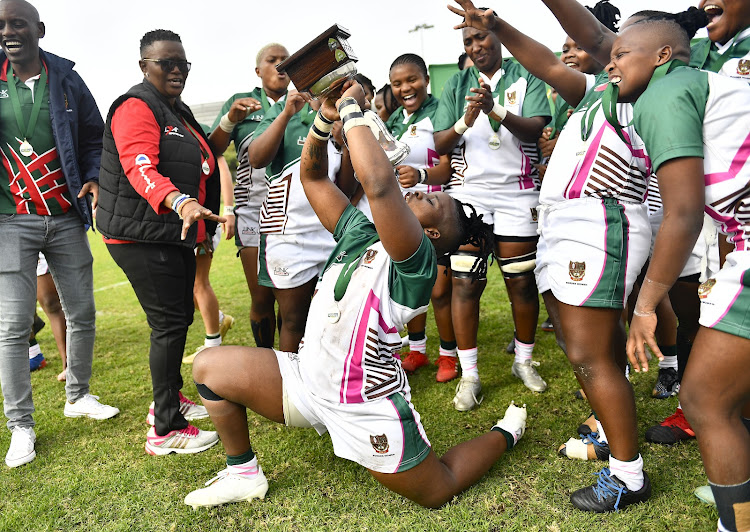 New Border Rugby Union president Zuko Badli applauded the Border Ladies for winning the Women’s Premier Division for consecutive seasons after they defeated Western Province 19-16 in what was a closely contested final at Hamilton’s Rugby Club in Cape Town on Saturday.

The title was Border’s sixth Premier Division trophy since the National Women’s Interprovincial League was introduced in 2003.

“Our ladies have been doing very well for the past two years under very difficult circumstances,” Badli said.

“That can only show that we have an abundance of rugby talent in the region.

“The team had no resources, no budget, no sponsors, had nothing basically but still performed at their best during our tough time and even produced Springbok women players,” Badli said.

With little financial backing behind them, Border is the only team in SA that has won the competition more than five times.

Badli said the new Border leadership was looking at structural plans to make sure the union sustained its dominance in SA women’s rugby.

“It is our duty as the incoming leadership to ensure that the first [thing] we do is to put in structure for women’s rugby in the union because we had no structure previously for the ladies. We want to ensure there is proper management from top to bottom.

“What we are working on now, since the ladies season ended, as a union we are looking at organising tournaments for ladies rugby in the region and to make sure we get new upcoming players to boost what has been already accomplished,” he said.

“This achievement by the Border Ladies is against a difficult background.

“Border Rugby is the only rugby union in the country with no headquarters.

“There is little if anything that goes their way for preparation, compared to their counterparts.

“The women players are amateurs who either hold day jobs, study or are unemployed.

“The majority come from rural families in the far-flung corners of the province.

“Some travel for two days from home to the team assemble point.

“It’s a bunch of athletes who know what sacrifice is all about.

“It’s a young team that could develop into a formidable unit if kept together for the future.

“With the scanty resources at their disposal, they churn out good results year after year.

“They have kept the Border Rugby name in the headlines when everything else is wayward,” he said.