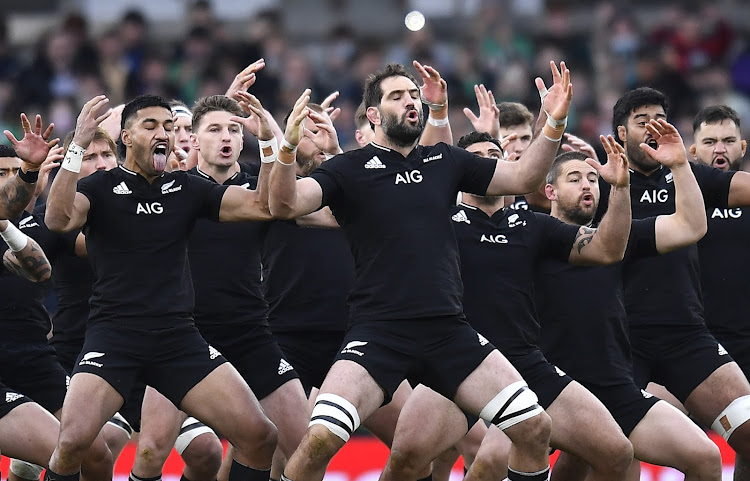 The All Blacks have a decent claim to being the most successful men's national team in any major sport and for decades their success has been tied to New Zealand's sense of itself.

In a week when a stake, albeit small, in New Zealand Rugby looks set to be sold off to a US tech company for NZ$200-million (US$130.60-million), however, some are suggesting that the bond is slowly loosening.

Such a sale would have been unthinkable a couple of decades ago but the final step in negotiations that have lasted for more than a year is getting scant attention from the majority of New Zealanders.

Michael Grimshaw, an associate professor at Canterbury University who researches both religion and the country's cultural nationalism, said there had been a real decline in interest in rugby that started as early as the 1980s.

“The nation has changed and rugby hasn't,” he said. “Rugby is not a social glue or a transcending canopy over social life any more.”

That is not to say that for many in the nation of some five million, the private equity deal with Silver Lake is not perceived as selling off some of the family silver.

The All Blacks have been an integral part of the country's identity since it gained dominion status within the British Empire early last century.

Named for the iconic team shirt, or perhaps a century-old misprint of the phrase “all backs”, the All Blacks have won more than three quarters of their Test matches and three of the nine Rugby World Cups.

Indigenous New Zealanders and players from the wider Pacific islands community have been increasingly influential in recent years and the performance of the traditional Maori challenge, the haka, is a big attraction at their matches.

“There is a very long history of rugby in New Zealand being intertwined with culture,” said Toni Bruce, a professor at University of Auckland, who does research into the connection between the All Blacks and national identity.

“New Zealand sport has been one of the places that we can make our mark globally and rugby was the first place that happened.”

Bruce undertakes a survey after each World Cup since 2007 that she said consistently has found less than 50% of those surveyed say winning the global title was important to them.

When asked their perception of how important the outcome of the World Cup was to other New Zealanders, however, the number rose to more than 75%.

“I argue that gap is explained by the level of media coverage and the national story we tell ourselves about rugby’s place in culture,” she said.

While those numbers remain reasonably consistent, the number of New Zealand schoolchildren playing rugby is falling.

Data from the New Zealand Secondary School Council shows that the number of high schoolchildren playing rugby fell 22% in the last decade as students opted for sports like basketball and soccer instead.

For NZR, this drop off is in part why they want the investment —- it will provide them with more money to invest in grassroots rugby, for both men and women.

The national women's Black Ferns side are even more successful than the All Blacks with a winning record of close to 90%, and NZR sees the growth of the game for the female population as a major opportunity.

Like many sports organisations, NZR was seriously affected when Covid-19 robbed them of the ticket sales from matches for the best part of two seasons.

Even before the pandemic, however, they were already under pressure to retain their best players as countries such as England, France and Japan inflated salaries on the back of cash from broadcast deals in their far bigger markets.

Over the last year a deal has been nutted out that will see Silver Lake take a 5.71%-8.58% stake in a new commercial entity called 'NZR CommercialCo' with additional co-investment to be offered to New Zealand institutions later in the year.

The New Zealand Rugby Players' Association, who held a veto, initially pushed back against the deal but assented in February and will have a seat on the board of the new entity.

On Thursday, the final piece of the deal could be put in place when the 26 provincial unions, who run the lower tiers of the game in their own areas and develop the players who have made the All Blacks such a force, vote on it.

A majority at the special general meeting in Auckland will hand NZR what it believes it needs to reinvigorate the game from the grassroots up. — Reuters