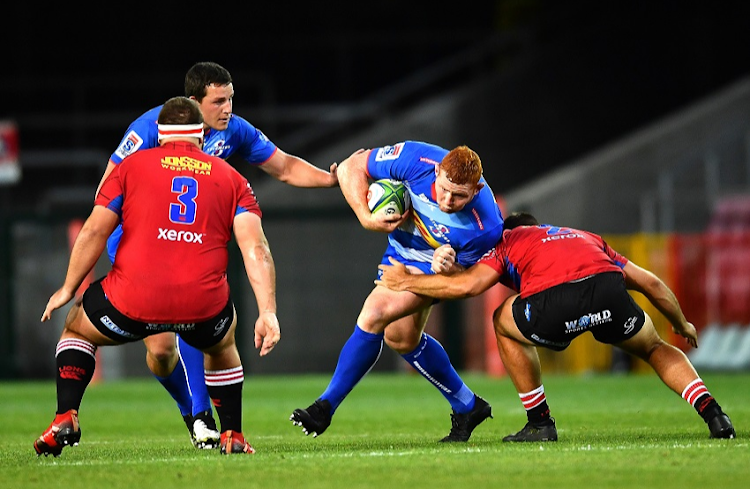 Steven Kitshoff of the Stormers on the charge against the Lions last year.
Image: Ashley Vlotman/Gallo Images

The thing about statistics is there is so much to ignore.

You can, however, delve and find what you're looking for if you look hard enough. For the Stormers, who finished the regular United Rugby Championship (URC) in second place behind Leinster, the statistics suggest they got to that positions despite shortfalls in their game.

That they earned their lofty log position is testament to their resolve, ability to roll with the punches and troubleshoot on the hoof.

They will run out in the quarterfinal of the URC in Cape Town on Saturday aware that their line-out has so far come up short and they need to grow an arm and a leg in that facet.

They are, after all, up against Edinburgh, who boast the best line-out percentage in the competition. They win 92% of their feeds while the Stormers rank 14th in the competition with a success rate of 84%. Only Zebre, with 41, have lost more line-outs than the Stormers, but one should be careful to jump to conclusions before the quarterfinal.

There are reasons why the Stormers have not risen to the occasion, with injury to key personnel the deadweight to their aerial pursuits.

Wilmar Arnoldi was summoned from the Cheetahs to plug the hole at hooker and though Venter has returned, the Stormers are still seeking greater consistency.

They will want to avoid analysis paralysis in that department as they perhaps will in the scrum, where the stats also favour Edinburgh.

Edinburgh have won 94% of their feeds, the Stormers 91%, while both teams have earned 22 penalties in the scrum across their URC campaign. The key factor there is, of course, when scrum penalties are earned and the Stormers have certainly displayed the champion quality of earning them when they absolutely have to.

Both teams have been potent on attack with favourable numbers for metres gained and defenders beaten.

The Stormers are ranked second for defenders beaten, fourth in metres gained, but they have made the most clean breaks in the URC.

The statistics that will perhaps weigh heavier on the Stormers are those that expose their frailties in play-off matches.

They featured five times in the top three in the past decade of Super Rugby, but failed to make it to a final.

“Looking at the past, since 2010 the Stormers have been playing good rugby in certain seasons and getting those play-offs and finals, but not always going through on it,” he said.

“This year has been a bit different in the way we have actually started building momentum from about the middle of the season onwards, where we had our home stretch. We knew if we keep building our game and keep performing well, we could get into a play-off scenario and hopefully finish close to the top of the log.”

Kitshoff said the Stormers were in really good form and everyone understood their individual roles. “If we go in with that same mindset and just do what we normally do, but better, we will increase our chances of making it through all the play-off games.

“This team is in a really good spot. We are quite excited. The buzz about training is very exciting. So, I think we have a great chance.”