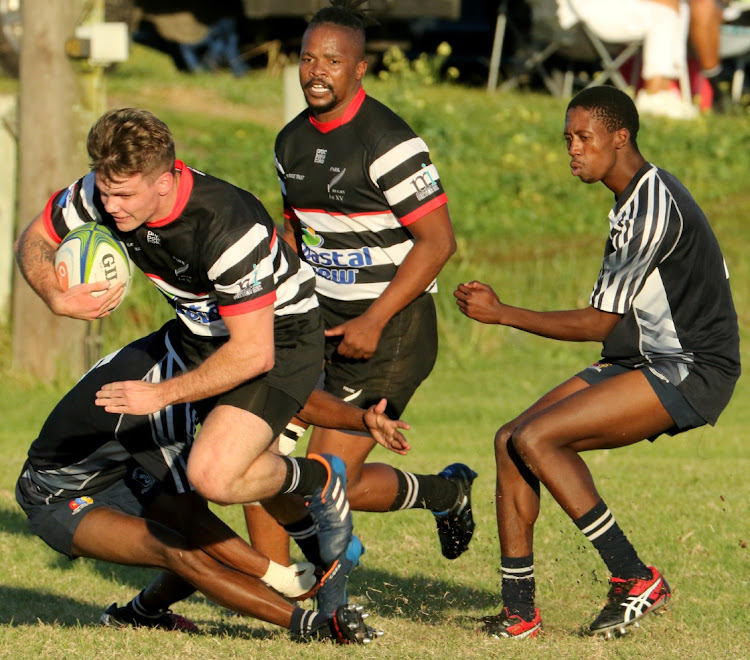 The EPRU Grand Challenge rugby competition resumes on Saturday after a break last week to allow players and fans to watch the vital Currie Cup First Division clash between the EP Elephants and the Griffons.

With their batteries recharged and players rested, clubs will resume their battle for dominance in the four groups which make up EP’s premier club event.

In Group A, second-placed Kirkwood will be hot favourites to emerge with full points when they face bottom-of-the-log Gelvandale Wallabies, who are pointless after six outings.

Kirkwood, with 28 points after seven games, are five points behind rampant Group A log leaders Progress, who have a bye this weekend.

Before the break, Progress emerged victors in the battle between Group A’s unbeaten giants when they toppled Kirkwood 22-3.

Thanks to the victory, Progress extended their unbeaten run to seven matches and remain firm favourites to add the Grand Challenge title to the Eastern Cape Super 14 Trophy they won earlier in the season.

A tense battle for log points is expected in Group B when second-placed Harlequins face Joubertina United at the Adcock Stadium.

In their last outing, Harlequins beat United Barbarians (third place) 20-12 in what could be a pivotal result in Group B.

Group C log leaders Park have a bye this weekend, and will be watching the action with keen interest from the sidelines.

In-form Park maintained their stranglehold at the top when they thrashed Lily White 90-5 in their last outing.

Park, who led 43-0 at halftime, stretched their unbeaten run to seven matches and have shown they will be in the mix for top honours.

Trying Stars have an opportunity to make up lost ground on the leaders when they face a struggling Kwaru side who are propping up the bottom of the log.

Trying Stars, who have won five of their opening seven games, are seven points adrift of Park.

Unbeaten Gardens continued to forge ahead at the top of the table with a convincing 37-15 win over Missionvale before the break.

Teams will play a double round of matches in their groups to decide which sides advance to the quarterfinals.

Logs (with matches played in brackets):