Ireland's Farrell happy to rack up the points in 'weird' game 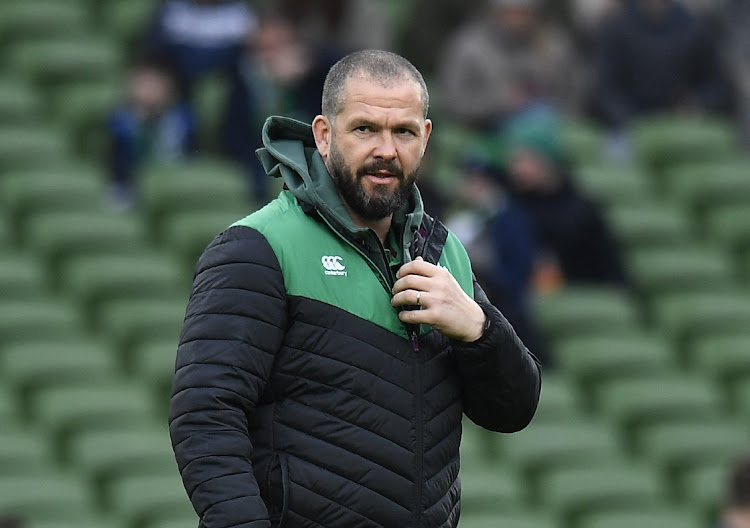 Ireland coach Andy Farrell said playing most of Sunday's Six Nations game against 13 men was “just weird” but he was pleased his side got to grips with the chaos and piled some potentially crucial points on Italy in the 57-6 win.

Ireland were 7-3 up when replacement hooker Hame Faiva, on for the injured Gianmarco Lucchesi, was sent off and, because Italy resorted to uncontested scrums, they had to nominate another player to leave the pitch for the final 61 minutes.

The rule appears designed to prevent a struggling team from purposely forcing uncontested scrums by failing to field a full front-row but it punished the Italians on the double on Sunday and reduced the game to farce.

“It is just weird. We understand why the rule was brought in but at the same time I suppose in occasions like that, it will bring the rule back to everyone's attention and they'll look at it,” Farrell told a news conference.

“It's just weird the space that you think is there and they're probably always going to throw caution to the wind with kamikaze style defence at times. We needed to be calm and managed to get some much-needed points in the end.”

He added: “57-6, we'd have taken that before the game. It puts us in a good position now as far as the points difference is concerned.”

While Ireland clinched a bonus point by halftime, they did not always use the space wisely and scored only three of their nine tries in the final 10 minutes. Farrell said the scrum situation kept Italian legs fresher for longer.

Ireland are three points behind unbeaten leaders France but have a 15-point superior points difference should that come into the equation if the French lose one of their final two games.

“When you lose two hookers, I was not prepared to go with props who have never hooked before into that position,” Italy coach Kieran Crowley said of the decision to move to uncontested scrums and the consequences of it.

“It's the rules... It's something that we have no control over. They have to look at that.” — Reuters