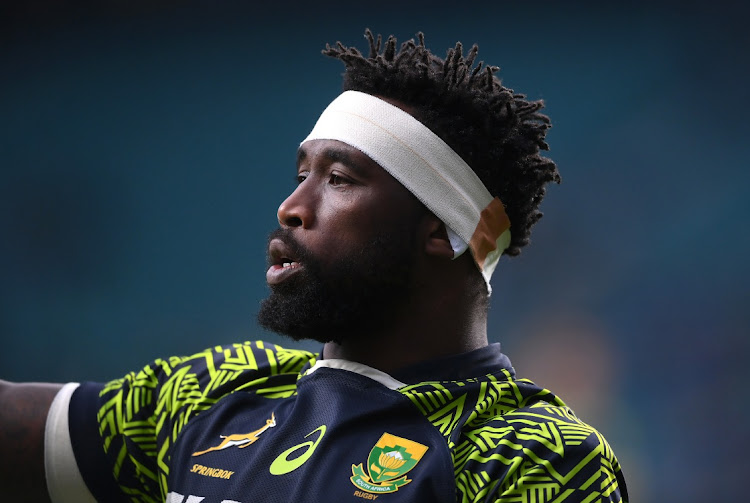 Several SA rugby players have rallied behind a UK boy whose father shared that he was bullied for being “too big” to play in his age group.

Mark Pugsley, the father of 12-year-old Alfie, shared on Twitter that he had removed a Facebook post because “an idiot commented saying my boy is too ‘big’ to play under 12s and isn’t healthy”.

“If only people knew how hard he works to get fitter and how low his confidence has been. Don't worry, Alfie. I'll always be your biggest fan,” Pugsley wrote in the now-viral Twitter post.

The All Blacks, England and Ireland teams also offered Alfie words of encouragement.

“Alfie, I’m proud of you for being a true champion through your hard work and determination. Keep doing what you do and don’t let anyone tell you who you can’t be. Never make yourself small because of small-minded people,” said Kolisi.

“Hey Alfie, rugby is an amazing sport and as long as you are having fun, that's all that matters. Wherever rugby takes you, enjoy every minute, keep working hard and know you have a lot of people supporting you all the way,” wrote World Rugby.

Alfie, I’m proud of you for being a true champion through your hard work and determination. Keep doing what you do and don’t let anyone tell you who you can’t be. Never make yourself small because of small-minded people. Dlala kwekwe kulate ngoku to waste time on haters. https://t.co/hMY39nGpey pic.twitter.com/GLtGtTnR8V

Alfie mate, you keep enjoying the rugby. Always try your best, but always enjoy it. Your doing well keep going. I’ll come along to ref one of your games one day and will look forward to it. Keep smiling my friend 🏉

Big fella you have my support. I walked this road too once upon a time when people silently bullied me about my size and questioned whether I was the correct age for my age group. Keep your head high and never let the haters get to you. The game of rugby is for all 👊🏽😉. https://t.co/abipxJHLma

You’ve got plenty of fans down here in Aotearoa too, Alfie. Kia kaha, the #RugbyFamily has got your back. 🖤🤍 https://t.co/VM23WEZHWg

Keep on going Alfie you champion!!! Wonderful to hear of your passion, commitment and love for the game of rugby!!

Alfie, we’re behind you.

Be proud of who you are, because you’re amazing.
Be proud to have the most wonderful dad in the world.
Don’t forget that, whoever you are, or where you come from, we’ll welcome you.
𝗕𝗲𝗰𝗮𝘂𝘀𝗲 𝗿𝘂𝗴𝗯𝘆 𝗶𝘀 𝗳𝗼𝗿 𝗲𝘃𝗲𝗿𝘆𝗼𝗻𝗲.

We believe that Rugby is an inclusive sport that should be played by anyone who has a passion for the sport! Keep going Alfie #OurSharks are backing you🖤🦈 https://t.co/MzsoukTHhi

We’re all united behind you 💙 https://t.co/OaMh9xiXzR

Rugby is a sport for everyone Alfie, don't let anyone tell you otherwise. Whether you are on the pitch or in the stands, it's a chance to enjoy yourself with your mates. https://t.co/v3wwCdD4SX