EP Elephants could kick off against Sharks in Durban 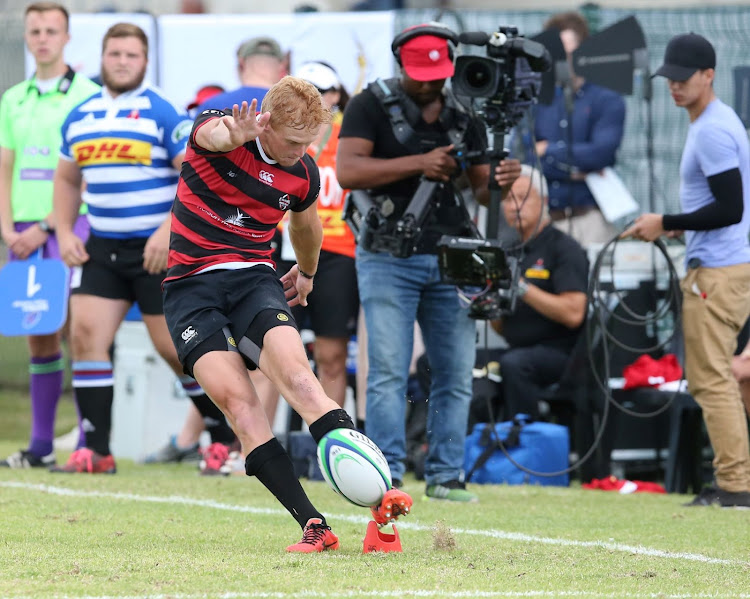 COMING HOME: Flyhalf Garrick Mattheus, seen here in a 2017 picture when he was playing for the EP Kings, is back in Gqeberha after a spell at Boland
Image: RICHARD HUGGARD/GALLO IMAGES

If EP’s Elephants get the green light to play in the top tier Currie Cup Premier Division, they will kick off their campaign with a tough away fixture against the Sharks at Kings Park in Durban on January 15.

In a leaked Currie Cup fixture list, EP have been bracketed to participate in both divisions, with a decision on which one to be made on Friday.

After the trip to Durban, EP face a match against arch-rivals the Cheetahs at Nelson Mandela Bay Stadium on January 19.

The Premier Division, which will be an eight-team tournament if EP are part of it, will take place in the form of a double round tournament from January 15 to June 25.

EP have named a 32-man provisional Currie Cup training squad including flyhalf Garrick Mattheus who is back in Gqeberha after a spell at Boland.

SA Rugby bosses will decide on Friday whether EP are to be catapulted into the Premier Division or remain anchored in the lower tier First Division.

If they are promoted, they will receive R7m in additional funding that will allow coach Dumisani Mhani an opportunity to bolster his squad with imports.

Mattheus was born in Gqeberha, where he attended Grey High.

In 2014, he was selected to represent EP at the U18 Academy Week held in Worcester.

Later in the same year, Mattheus was also drafted into the EP U19 squad that competed for their 2014 U19 Provincial Championship campaign.

He joined the EP Kings academy on a full-time basis for 2015 and started the U19 team’s opening match of the 2015 U19 Provincial Championship season.

In 2016, Mattheus was included in the EP Kings squad that played in the 2016 Currie Cup qualification series.

He made his first class debut in EP’s 19-14 victory over the Blue Bulls.

The pivot finished the competition as the Kings’ top scorer with 66 points in his eight appearances.

Asked what had motivated him to take the job of turning EP’s fortunes around, Mhani said: “I’m a rugby person.

“I came here solely because I am a rugby person and I’m from this region.

“As I have said before, I am here to enjoy myself, and that is the impact I want to have on the players and everyone else.”

“We are playing sport to enjoy ourselves.

“But how do we know how deep the waters are if we do not test them?

“I came to EP with that in mind.

“It is not an easy task but it can be done.

“We will be looking at giving players opportunities.

“If you do not get opportunities at home, where are you going to get them?

“You are not going to go to a supermarket and say you want to buy experience.

“You need to earn that on the field of play.”