Lions will give grieving Du Plessis time and space

Veteran Springbok prop unlikely to play against the Cardiff Blues 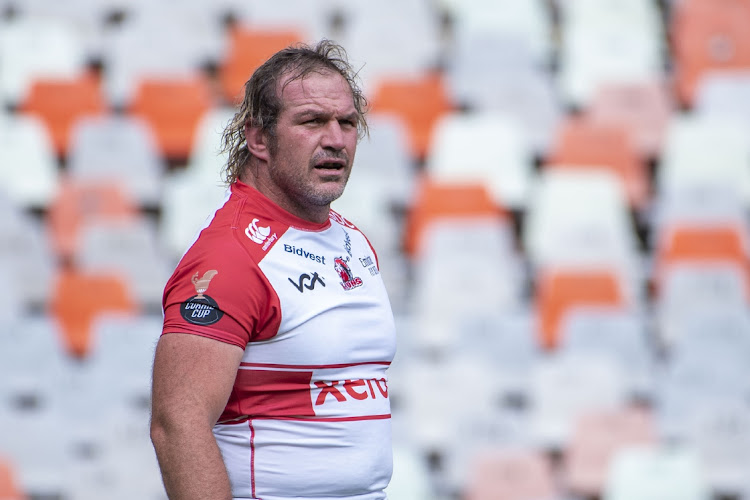 The Lions have given prop Jannie du Plessis time and space to mourn the drowning of his 10-month-old son last week.

The Lions are back in action in the United Rugby Championship (URC) with a clash against the Cardiff Blues at Ellis Park on Sunday but Du Plessis, a veteran Springbok of 70 Tests, is unlikely to take part.

His son, Jan-Nathaniel, drowned in the pool at the Du Plessis' Krugersdorp home last week on the prop's 39th birthday.

“It has been an emotional week for the Lions family,” said Lions CEO Rudolf Straeuli. “Our thoughts are with family. We had a church service on Sunday. I think the private burial will be at the farm (in the eastern Free State) on Thursday.

“It is something difficult for us to relate to. This is a challenge that doesn't arrive on your doorstep every day. We are dealing with it as well as we can,” said Straeuli who added Du Plessis actually arrived for practice on Monday.

“There is not an expectation for him to train. As a squad we are very close to Jannie and his family. We are giving him and the family space and assistance to deal with it.

"Our support won't stop this week. We will be supporting them going forward. I don't think he will be involved but he might be at the game on Saturday. That is for him and the coach to decide,” said Straeuli.

Apart from Du Plessis, and those who have suffered long-term injury, coach Ivan van Rooyen is expecting to field his best squad on Sunday.

"He is training well and is starting to kick the ball almost to his normal distances. We are still waiting for one or two updates but we are not expecting anything massive injury wise,” said Van Rooyen.

Sunday's clash will be the Lions' first on home soil in the competition. “That is exciting,” said Van Rooyen who quickly pointed to the challenge facing his team.

“We are under no illusions. I think Cardiff are playing with 14 international players,” said Van Rooyen.

Having some fans back is a small step back towards normality. It is a point not lost on Straeuli.

The Lions won just one of their four away games at the start of the competition. They were competitive throughout and showed more claw and teeth than they did in the Currie Cup.

They have been out of action for a month in a competition that is played in fits and starts between September and June.

“It is the future of rugby,” said Van Rooyen.

“The number of matches will increase. The preseason time will be crucial. The format going forward will be two, three, four games, probably a week or two off,” said Van Rooyen.

“With the limited time we had after Currie Cup we saw this almost like a preseason. The three weeks will be tough and intense. After the Munster game we have 10 more sessions and then have a short Christmas break and then we have four sessions before we play Leinster.

“We are not frustrated by it because it gives us time to work on individual things,” said the coach.