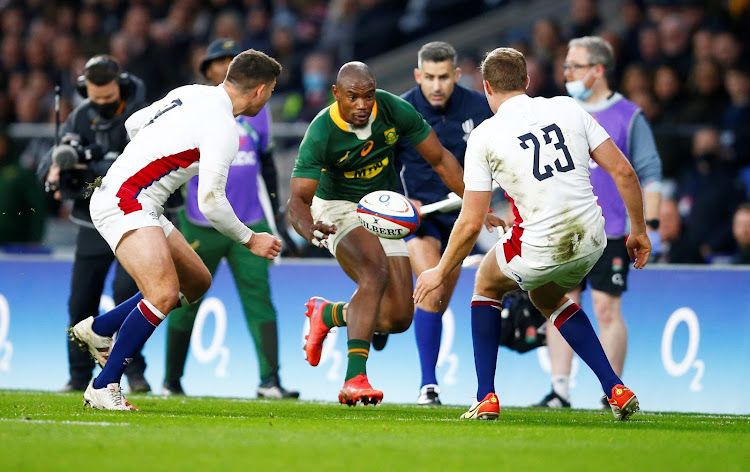 Try machine Makazole Mapimpi blitzed his way to a stunning record when he scored a staggering 20th try in only 25 outings with a trademark five-pointer against England at Twickenham.

It was the Boks’ only try in a game where they were outscored by three tries to one by the English in a narrow 27-26 defeat.

It was Mapimpi’s usual partner in crime, Qonce-born centre Lukhanyo Am, who provided the perfect pass for the try predator to breach the English tryline.

Ahead of the England clash, Mapimpi said: “It is a good feeling for me to have the ball in my hand and if there is an opportunity I can finish.

“Also it is my job to finish.

“We are looking forward to getting a lot of strikes as a team.

“We try to analyse teams, so we can take a channel or whatever we get.

“We are always trying to score tries out wide, and you will have seen that if you watched us at the World Cup.

“The Boks try to execute their game plan, so we can get a lot of ball.

“Then we can take it wide and use the opportunity.”

“He scores tries against every team that he plays against,” he said.

“Makazole also does a lot of work off the field.

“He works hard on his game and to improve his skills set.”