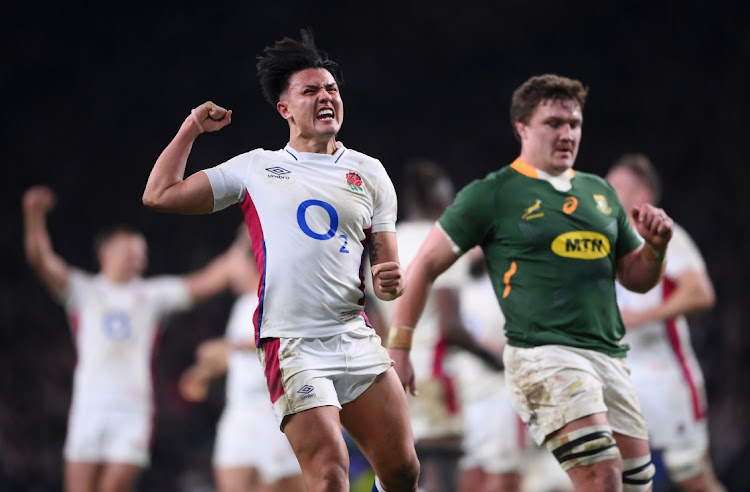 England's Marcus Smith landed a last-minute penalty to snatch an epic 27-26 win over SA on Saturday as the hosts looked full of promise but were hauled back by the battling Springboks in the teams' first meeting since the 2019 World Cup final.

The Springboks then took command, cashing in on a series of England penalties to kick their way into the lead.

A try for Raffie Quirke on a rare second-half England attack briefly restored the home lead but Makazole Mapimpi crossed for the visitors and Fran Steyne edged them ahead.

England mustered one more attack and earned a penalty on the 22 that Smith smashed over to make it three wins out of three in November. — Reuters