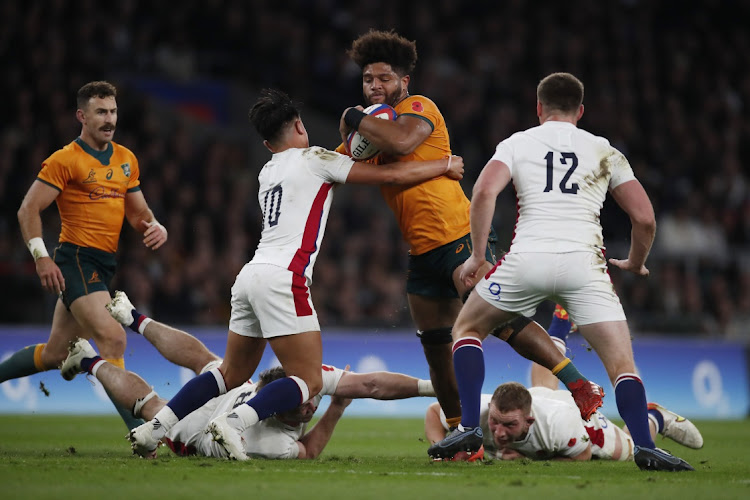 Loose forward Rob Valetini says Australia are desperate to finish their disappointing autumn international series on a high when they face Wales at the Principality Stadium on Saturday.

Australia have lost back-to-back Tests against Scotland and England in the last two weeks, and a defeat in Cardiff threatens to put a damper on what had been a good season that included two Rugby Championship wins over world champions SA.

Valetini admits recent displays have been below the standard the team sets for itself, but adds there is a determination to “go out with a bang”.

“Not winning any games so far on the (autumn) tour, we just want to go out there and play a brand (of rugby) that we're happy with,” Valetini told reporters.

“Win, lose or draw, something that we can be proud of and an 80-minute performance. It's been a big year for us and we want to end on a good game.”

Australia were second best for most of their 32-15 defeat by England at Twickenham Stadium on Saturday, which Valetini believes was largely self-inflicted.

“We weren't able to fire a shot and as a playing group, we thought we let ourselves down with discipline. Giving away 18 penalties trying to win a Test match away ... but it's a new week and we're trying to end our tour on a high,” he said.

“We thought some of the penalties we gave away were pretty dumb. Just offsides, the high tackles and the lifting tackles, that's on ourselves.

“We need to stop giving away stupid penalties. We need to get better with our discipline and be hard on each other.”

Australia have lost their last two tests against Wales, a 9-6 defeat in Cardiff in 2018, and a 29-25 reversal at the Rugby World Cup two years ago. — Reuters