England's Farrell and George to miss SA game through injury 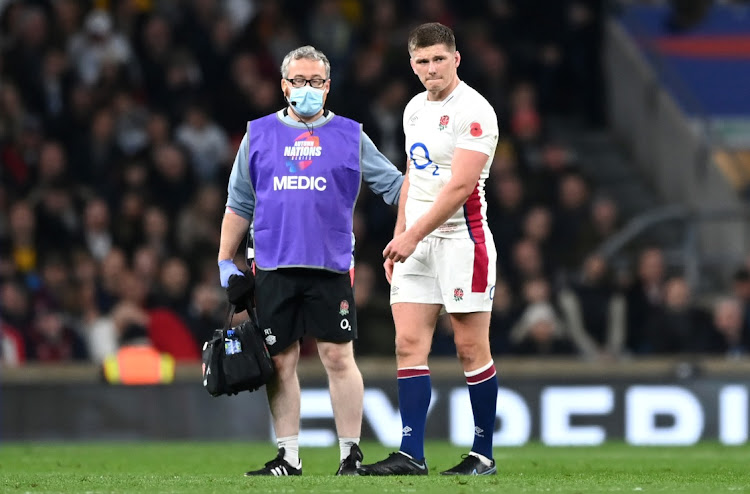 Owen Farrell of England leaves the pitch after picking up an ankle injury during the Test against Australia at Twickenham Stadium on November 13, 2021 in London
Image: Shaun Botterill/Getty Images

Farrell suffered an ankle injury that forced him off in the second half, while George hurt his knee and did not take the field after halftime.

Gloucester duo Harry Elrington, an uncapped prop, and hooker Jack Singleton were added to the squad on Monday while prop Joe Marler will join on Friday after completing his 10-day Covid isolation period.