All Blacks won't be under-estimating US Eagles, says Cane 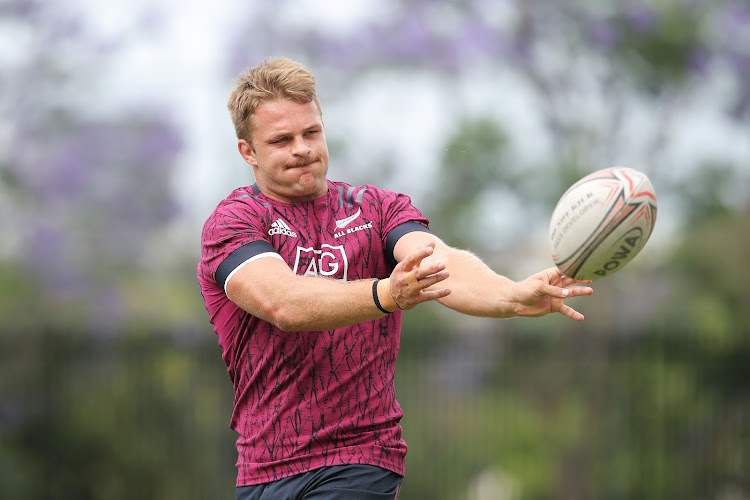 New Zealand have no intention of under-estimating the US Eagles when the sides meet in a test match next week in Washington, their captain Sam Cane said.

The Oct. 23 clash, designed to grow interest in the sport amongst Americans, marks the start of a run of five tests in consecutive weeks for the All Blacks with Wales, Italy, Ireland and France their other opponents.

Cane said New Zealand, who have not played in the US since 2016, are determined to showcase why they are one of the most dominant teams in world sport.

"One of the things about playing for the All Blacks is you have to perform every single week," Cane told reporters on a video conference.

"There are expectations from ourselves and from the public, and the black jersey sort of demands that you perform every week because it's got such a rich history of performing so well."

The All Blacks' 10-match winning streak ended in their last match when they lost to SA in the final game of the Rugby Championship.

Cane said that defeat had made the New Zealanders, three-times world champions, even more determined to ensure they stay focused going into the match against the Eagles.

"As soon as you allow your mind to drift elsewhere you won't do the job that's required on the weekend," said Cane.

"I know the team has had a week off, it will be three weeks between games and our last one we're coming off a loss against SA so there is going to be plenty of motivation to go out and play really well."

US captain Bryce Campbell said the All Blacks play with an intensity and at a speed like no other team.

"We as a team just want to put our best foot forward and there is no greater opportunity to do that then against some of the best players in the world and frankly one of the best teams in the world," Campbell said.

"We are just really excited to make our fans proud, and what that looks like on the scoreboard is one thing but we want to put together a performance that we can be proud of and that helps the game grow."

The test at the home of the National Football League's Washington Football Team is being billed as the 1874 Cup, which is a reference to the first account of organised rugby being played in the US. - Reuters