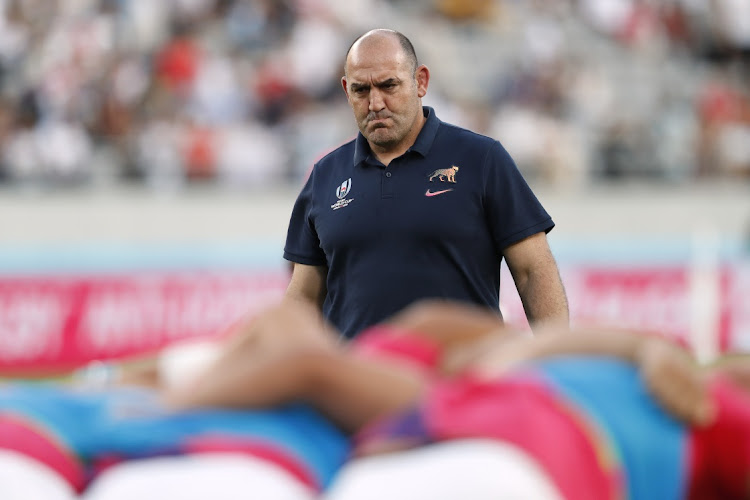 Argentina coach Mario Ledesma believes the Pumas need to crack down on ill-discipline if they are to have any success in the Rugby Championship after losing heavily in their first three matches.

The 39-0 shutout at the hands of the All Blacks on Sunday followed 32-12 and 29-10 losses to world champions South Africa in Gqeberha last month.

"It's difficult to get any grasp of the game when you're being so indisciplined."

The Pumas beat the New Zealand for the first time last season but there was to be no repeat on the Gold Coast on Sunday despite what Ledesma thought was a magnificent defensive effort.

"Normally when you play against the All Blacks and you give them 70% possession and that many penalties, normally the score is much higher," he added.

"Really proud of the effort (but) we need to be more clinical."

The Pumas have a tight turnaround before playing the All Blacks again next Saturday in Brisbane, where they will be looking to add to the wins over Wales and Romania and draw with the Welsh they managed in July tests.

That unbeaten tour of Europe formed part of a season of "living in adversity" for the Pumas squad, a fact that Ledesma feels does not get quite enough attention.

"When it's one of the top teams going into quarantine it seems to be a big issue, player welfare and mental health and things like that," he said.

"We take it on the chin. It is what it is, I'm not going to use that as an excuse. But it gets to you, it gets to players, it gets to staff, it gets to the team." - Reuters