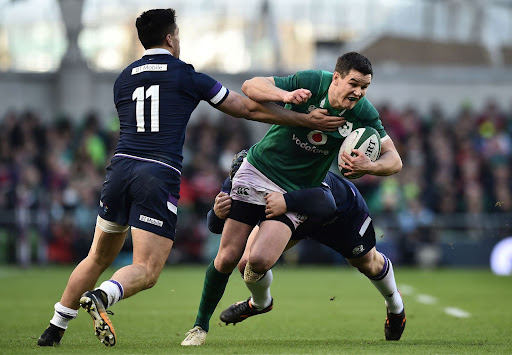 BACK IN ACTION: Former World Rugby Player of the Year Jonny Sexton is expected to line up for Leinster against the Bulls in Dublin on September 25.
Image: GETTY IMAGES/ CHARLES MCQUILLAN

Former World Rugby Player of the Year Jonny Sexton is expected to line up for Leinster against the Bulls in a  showpiece match of the new United Rugby Championship competition on September 25.

Fresh from their emphatic Currie Cup final win over the Sharks, the Bulls will look to conquer new territory in the European-based competition.

Other SA sides in action on the weekend of September 24-25 are the Lions, who play Zebre, the Stormers, who are up against Benetton, and the Sharks, who start their campaign against Munster.

It is the game between the Bulls and Leinster at the Aviva Stadium in Dublin that will grab the most attention when the powerhouse teams of the northern and southern hemispheres lock horns.

Leinster head coach Leo Cullen said he was delighted to see Sexton impress in his first game in five months when his team beat Harlequins in a recent warm-up.

Sexton, who played his last game of rugby against Exeter Chiefs in their Heineken Champions Cup quarterfinal in April, was given the summer off by Ireland head coach Andy Farrell.

The Leinster and Ireland captain was a surprise omission from Warren Gatland’s British and Irish Lions squad that lost to the Springboks.

“It was really pleasing for Johnny just to get back out there,” Cullen said.

“It’s been a decent layoff for him so he’s nice and fresh which is good, like a bit of a sabbatical, time out for him, and add a bit more time onto his career, which would be great.

“He led the guys well over the last couple of weeks and it’s great to see him back out there, so much experience that he brings to the team.

“A positive 40 minutes for him and I thought Ross Byrne came in and controlled the game well in the second half, which is a bit more challenging because there are so many changes in personnel and guys moving around particularly in the backline.”

The opening round of games will provide a yardstick as to how SA teams measure up to their European counterparts.

URC CEO Martin Anayi said: “We believe these fixtures will ensure that the URC can deliver on its promise of a new era for our league where the very best from SA go head-to-head with our Celtic and Italian teams.

“As we carefully manoeuvre out of the pandemic, the URC will take its place as one of the leading leagues in global rugby and this fixture list should ignite our competition and take it to the next level.

“This schedule is the most complex we have ever produced and the efforts of every one of our stakeholders to help us piece it together in the current climate have been monumental.

“We now have a format that will heighten competition, showcase our clubs, elevate our athletes and bring great excitement to fans and TV audiences right across our territories and beyond.”

To accommodate the very latest travel conditions across the URC’s competing territories, the provisional fixtures had to be readjusted.

The SA teams will complete four-week tours of Europe to begin the season, giving fans in Ireland, Italy, Wales and Scotland an early opportunity to see these new sides in person.

In the new format, all 16 teams will be ranked across a single table which will reward the top eight teams with their places in an expanded final series that includes a full quarterfinal stage, followed by semifinals before the best two teams meet in the URC Grand Final in June.