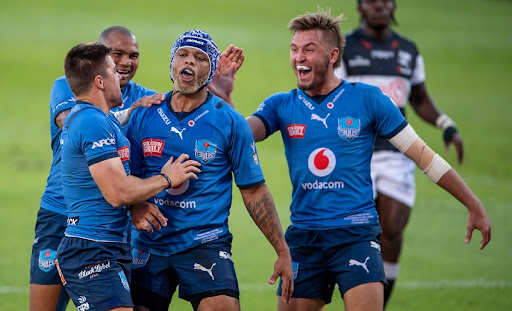 The blue dynasty Jake White helped create here at Loftus Versfeld have no apparent pretenders to the throne.

The Blue Bulls continue to rule the domestic landscape and on Saturday night they emphatically beat down the challenge of the Sharks 44-10 to claim the Currie Cup for the 25th time.

On the anniversary of 9/11 this match ran its course amid a distinct sense of de ja vu in front of empty stands and a Sharks team huffing and puffing to no avail much like they did in last season's final.

They were reduced to that by a Bulls team that displayed greater control and cohesion but it was their ruthless streak when opportunity beckoned that really set them apart.

Elrigh Louw and Marcell Coetzee got through a mountain of work, Janko Swanepoel cut a towering figure, Harold Vorster and Lionel Mapoe were decisive in whatever they did, while the lengthening stride of David Kriel had the Sharks well stretched.

The Bulls by and large bossed the collisions and their adept hand at the ruck served not just to stop the Sharks in their tracks but one sensed caused some mental degradation too.

The Bulls made few incursions into Sharks' territory but when they did they made it count. When they crossed the halfway line their forays were rich with promise in an opening period

By contrast, the Sharks only met frustration when they played themselves into positions of promise. Turnover at the ruck, a line-out steal, a scrum penalty were the range of options with which the Bulls foiled the visitors' plans in the first half.

The Sharks would have hoped what transpired in the opening minutes would not develop into pattern.

At the start they enthusiastically took the ball through 12 phases only to concede a ruck penalty. From the ensuing line-out Bulls centre Harold Vorster burst through midfield in the absence of a tackle and sprinted clear to score. He showed great elasticity in reaching for the line. The players who make up the Bulls' wider squad rose as one to roar their approval from their Presidential view in the Main Stand.

When they eventually sat down they witnessed the Sharks continuing to monopolise possession. The Sharks were also in the territorial ascendancy but the Bulls' defence was like a fortress.

Crucially however, the Sharks could not say the same. Again Sharks centre Jeremy Ward, who was initially named on the bench, shot out of line and this time Vorster turned provider with a pop pass to Lionel Mapoe who scythed through and beat the last defender to score.

Later in the half the Bulls again made it into the Sharks' red zone and again they got over the try line when captain Marcell Coetzee barged over despite the attention of Phepsi Buthelezi and Henco Venter.

The Sharks weren't afforded the same liberties when they showed attacking intent.

The curtain usually drops on the domestic season on completion of the final but such are the continental drifts in the game the players are only likely to get their feet up when they wing their way to Europe for the United Rugby Championship (URC).

The Bulls however appear ready for any battle.