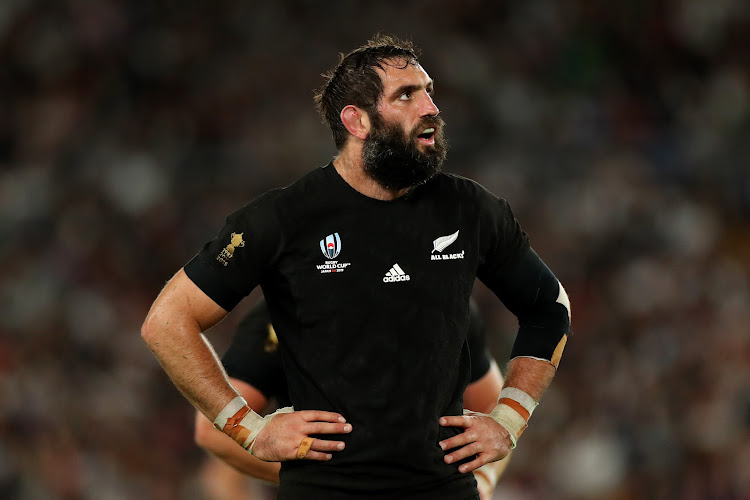 Stalwart lock Sam Whitelock enjoyed a special time with his wife Hannah and newborn daughter Penelope in hospital and is now preparing to spend the next few months away from them as he rejoins the All Blacks on a long tour.

Whitelock missed Sunday's 38-21 win over Australia in Perth along with team mates Richie Mo'unga and Aaron Smith as the trio stayed home to await the births of their children.

Whitelock will depart for Australia at the weekend to link up with the squad for the Rugby Championship in Queensland and the following northern hemisphere tour.

The 32-year-old father-of-three will have 14 days in hotel quarantine in Australia and the same in New Zealand when he arrives home, according to the countries' strict Covid-19 rules.

All told, he is unlikely to hold his baby daughter again until December.

"It's going to be pretty challenging what that looks like for me leaving the family but also for those two weeks where I've got to train in a small hotel room," the test centurion told New Zealand media.

"If you look back through the history of All Blacks and sporting people being away, some people got on a boat and when they got home they were handed a six-month-old child and told 'this is your daughter or son'.

"Times have changed a little bit, but it feels a bit that way .... I didn't make the decision lightly about going but at the same time I've got to do my job."

Whitelock will miss both of the Rugby Championship Tests against Argentina while in quarantine and the first against South Africa.

He is targeting the final Springboks clash on October 2 on the Gold Coast.

"Every test is so special so you never want to take one for granted," he said.

"If there's an opportunity to get on a plane and play I'm going to do it."