Wallabies to have Indigenous design on primary jerseys 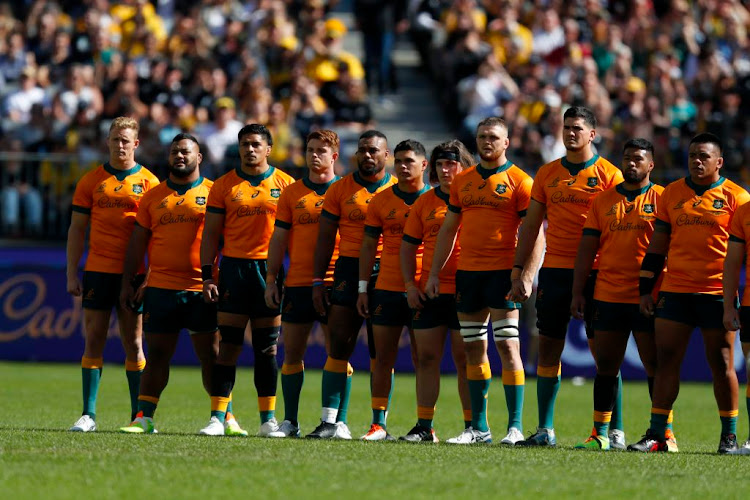 The Wallabies will sport a new jersey this weekend
Image: James Worsfold/Getty Images

The Wallabies will have Indigenous design on their primary jerseys starting from the South Africa Test on Sunday to "celebrate and recognise First Nations peoples" in Australian rugby, the sport's governing body said on Wednesday.

The design by artist Dennis Golding will be incorporated into the playing numbers of the Wallabies' jerseys for the Rugby Championship clash against the Springboks on the Gold Coast and in subsequent matches, Rugby Australia said.

"It will mark the first time an Australian representative team will bear both the coat of arms and a First Nations design in its primary playing strip," RA said in a statement.

Australia already has an alternative Indigenous jersey emblazoned with Golding's artwork and first worn in the 2017 win over New Zealand in Brisbane.

That jersey will be worn for the Rugby Championship Test against Argentina in Townsville on September 25.

"To have the First Nations artwork now on our primary jersey is something incredibly special," said Wallabies coach Dave Rennie.

"It was the players who had been advocating for the idea of a permanent First Nations addition, and I’m pleased we’ve been able to come up with a solution."

Utility back Kurtley Beale, who earned the last of his 92 caps at the 2019 World Cup in Japan, is the most recent Indigenous Australian in the Wallabies, though uncapped winger Andy Muirhead is in Rennie's Rugby Championship squad.