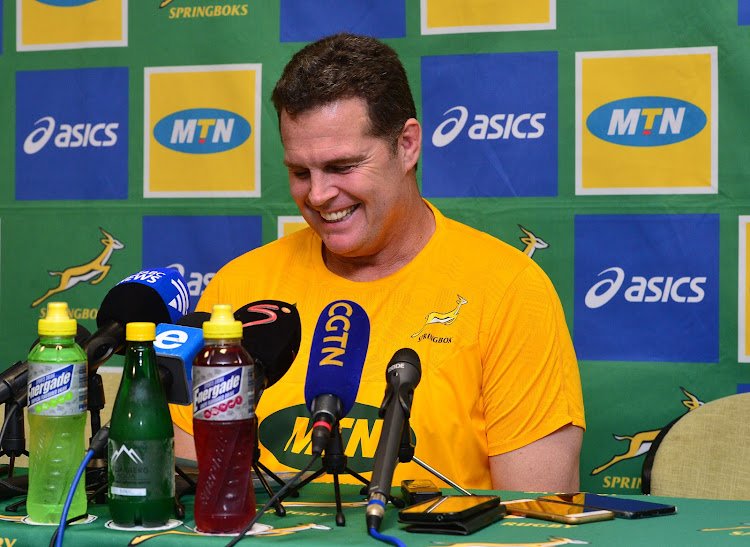 England head coach Eddie Jones has urged World Rugby to conclude their disciplinary process against SA Rugby director of rugby Rassie Erasmus quicker to set an example to the game.

The Springboks director of rugby made an hour-long video critique of the match officials following their loss against the British & Irish Lions in the series opener in July.

World Rugby said last month that Erasmus and SA Rugby would face a misconduct hearing for the remarks but the governing body is yet to set a date for the proceedings.

"It should be dealt with quickly," Jones told BBC Radio 5 Live.

Jones added that he believes there is room for improvement in the standard of officiating, particularly in terms of communication between referees and their assistants, and their rulings around the breakdown.

"There are some issues in the game we need to look at very carefully and I think one of them is the diligence of the referees to referee the important part of the game well," Jones said.

"Rassie made his famous video and I don't think that is correct, but we need to make sure the referees work as a three a lot harder than they do at the moment to ensure that... we get what we need to get, which is a fair contest between contest and continuity.

"But there is an appropriate way to do it and that is being respectful to the referee."