Young players get chance to gain experience with Springboks 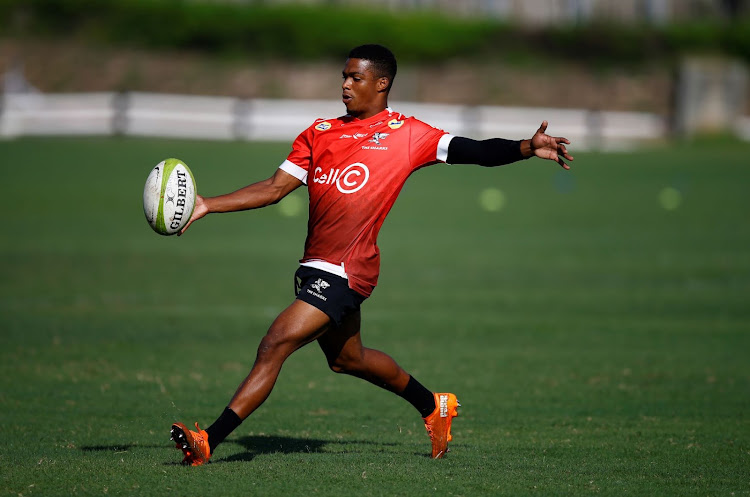 YOUNG GUN: Scrumhalf Grant Williams is being given an opportunity to see how things are done in the Springboks camp ahead of Sunday’s clash against the Wallabies
Image: GALLO IMAGES/STEVE HAAG

SA have been boosted by having a valuable extra week of preparation time ahead of Sunday’s clash against Australia, assistant coach Mzwandile Stick says.

The Boks are gunning to extend their winning streak to three matches in the Rugby Championship after back-to-back wins over Argentina in Gqeberha.

After completing their home matches, the Boks are facing a testing four weeks featuring back-to-back Tests against Australia and New Zealand on the Gold Coast.

After Sunday’s clash against the Wallabies, the teams will meet at the Suncorp Stadium in Brisbane on September 18.

The Boks then face New Zealand on September 25 at QLD Country Bank Stadium in Townsville and on October 2 at the CBUS Super Stadium in Gold Coast.

“It has been a great extra week for us,” Stick said.

“We approached it as a booster week with the main goal being to improve our conditioning with an eye on the challenge we’ll be facing in the next four weeks.

“Australia are playing at home and they are very good at keeping the ball, so we have to keep up with them in terms of the time the ball will be in play, which is why our conditioning will be important.

“It has also been a good week to expose the young guys such as Grant Williams [scrumhalf] and Johan Grobbelaar [hooker], who have been with us for a few weeks now, a chance to see and experience how we do things.

“The weather is different here.

“It is hot and humid like in Durban, so we have to get used to playing with a wet ball, and this week has certainly helped to make sure we will not be surprised on game day.

“The energy levels are up and the guys are looking forward to playing against Australia.”

Stick expects Australia and New Zealand to pose different challenges for the Boks, compared to the British & Irish Lions and Argentina.

“Everyone knows what to expect from the two teams,” he said.

“They play expansive and entertaining rugby, but it won’t change much in how we do things.

“We play according to our strengths and what is in our DNA as a team, and our objective is to keep improving on the way we play.”

Stick brushed aside criticism of his team’s style of play, which has been labelled as boring.

“People will always talk about us, whether it is positive or negative,” he said.

“Unfortunately, it is the nature of the position in which we are.

“In the past, when the Springboks perhaps weren’t winning games, people weren’t paying that much attention.

“People didn’t care at that time about what we do and how we play.

“Now we are winning and people are talking and we have made peace with it,” Stick said.

“I’m still confused about the criticism.

“I don’t understand how people are still criticising how we play the game.”

The Wallabies will head to the Gold Coast with their confidence low after a heavy 38-21 loss at Perth Stadium against the All Blacks.

Wallabies forwards coach Dan McKellar said the Boks would be a different proposition to the All Blacks.

“I wouldn’t say they’re a tougher task,” McKellar he said.

“They’re a very different side to New Zealand.

“We’ve got to be smart with the ball that they kick us and be really clear on our strategy and tactics.”