Wary of red cards, All Blacks train with 14 ahead of Wallabies Test 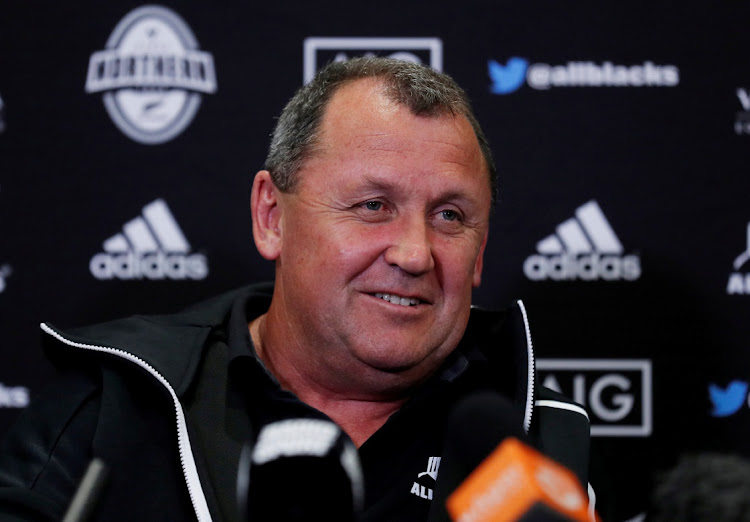 New Zealand have been training to play with 14 men ahead of Tests against Australia to prepare for the loss of red-carded players, All Blacks coach Ian Foster said.

The All Blacks lost 24-22 to Australia at Lang Park last year, when both sides received a red card, and were also defeated by the Wallabies in Perth in 2019 when lock Scott Barrett was sent off for a high tackle during the 47-26 clash.

Foster said he had sent lock Brodie Retallick off the training park last week so the All Blacks could practice with 14 men.

"I was thinking he was going to come up and smack me because he didn't think he justified getting a red card," he told New Zealand media.

"But we work through those scenarios - and often your ability to adapt as a team is not so much dependent on your own tactics, it's actually on how the other opposition plays.

"We've learnt the last couple of years playing 'Aussie' with 14 men is not easy to do, because they're very much a fast ruck-and-run team and eventually they'll expose that ... the French probably didn't play that way."

Australia were forced to play for 75 minutes with 14 men in their 33-30 win over France on Saturday after winger Marika Koroibete was controversially sent off at Lang Park for a high tackle on visiting captain Anthony Jelonch.

Koroibete's red card was quashed by a judiciary panel on Monday.

New Zealand, who swept Fiji in two tests after beating Tonga this month, host the first Bledisloe Cup Test against Australia at Eden Park on August 7 as they bid to retain the annual trans-Tasman trophy for a 19th successive year.

Hansen said Australia would be feeling good after their 2-1 series win over France and the All Blacks would need to prepare for their "confrontational-type game".

"They want to do a lot of stuff at the breakdown to disrupt your flow of ball and if you're not accurate there, you get into a bun-fight," he said.