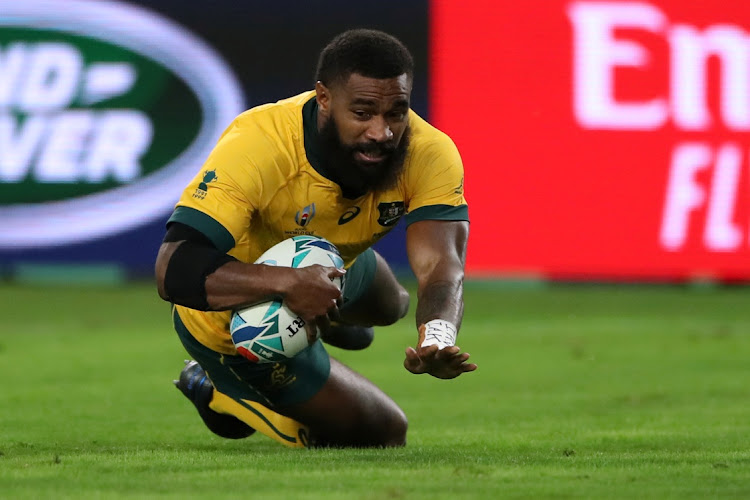 Australia will fight to clear Marika Koroibete of further sanction after the winger's red card in the series-deciding win over France on Saturday.

Koroibete faces suspension for several matches after being sent off in the fifth minute of the 33-30 match at Lang Park for a high tackle on France captain Anthony Jelonch.

With Jelonch having crouched low into the tackle and clutched his face as he fell, the red card triggered criticism from Wallabies coach Dave Rennie, who accused the French skipper of milking the penalty.

Rugby Australia director of rugby Scott Johnson said the governing body owed it to Koroibete, one of the Wallabies' best players, to defend him at a hearing late on Monday.

"We feel we have a really good case to take the judiciary to be heard. Because we feel there was mitigation involved in this," Johnson told the Sydney Morning Herald.

"And we don’t believe there was direct contact to the head.

"We want to have a good look at this and ensure he gets the right hearing."

World Rugby has cracked down on high tackles due to concerns over the long-term impacts of concussion, turning what was once a trickle of red cards in international rugby into a flood in recent years.

Under pressure from coaches and players who have complained strict interpretations are killing matches, World Rugby has allowed the trial of a modified red card rule which allows a sent-off player to be replaced by another after 20 minutes.

The trial has not been approved for international tests, however.

If found guilty, Koroibete faces a minimum six-week suspension before a reduction can be allowed for mitigating factors, and would likely miss all three of Australia's upcoming Bledisloe Cup tests against the All Blacks starting at Eden Park on Aug. 7.

Johnson echoed Rennie's comments, suggesting officials were being hoodwinked by players exaggerating the impact of tackles.

"The one thing we’re also concerned about as a sport - and is a really big concern of mine - is the amount of players that are staying down. That’s not what our sport should be about," he said.

"If it’s genuine, no issue. But we shouldn’t be playing for penalties or cards. That’s for another code. That’s not us."